Head on over to your local drum shop, and the minute you walk in the door,  you’ll undoubtedly get sucked in by all the shiny new products vying for your attention. Drool-worthy drum kits, clever accessories, tour-quality stands and mounts, and of course the most beautiful of all, the shiny golden cymbal wall. As a drummer just starting out, picking cymbals can be both awe-inspiring and intimidating. If you’re unfamiliar with the finer details of cymbal design, as most beginners are, you may have little idea how to even get started picking from so many amazing options.

The vast differences in size alone can be overwhelming: how do you choose between cymbals small enough to be a coaster and those large enough to double as medieval battle shields? In part one of this guide, we’ll provide an overview of basic cymbal anatomy and take a look at the different types of cymbals. By the time we’re done, hopefully, you’ll have a better appreciation of all those shiny new cymbals, and more confidence in your ability to choose one — or many!

GET TO KNOW YOUR ANATOMY

The bell is the raised area at the center of a cymbal. Cymbals with larger bells typically produce more volume and overtones than those with smaller bells.

The name says it all …  the outer edge of the cymbal. Also a guitarist for U2.

The center part of the cymbal, just outside the bell, is called the ride area. Since it doesn’t open up immediately when struck, the ride area is ideal for playing articulate stick patterns.

The crash area lies between the ride area and the edge. Because this area is usually thinner than the ride area, it opens up faster when struck. This is where most players strike for an instant crash sound.

The weight of a cymbal greatly affects volume and articulation, in addition to its overall sound and power. Thin cymbals respond quickly (because sound vibrations move through the metal faster) and produce fuller sound — but they also decay quickly. They are best suited for light to moderate volumes. Heavy cymbals respond with bigger, louder sound, but require more power from the drummer to open up. Medium weight cymbals offer the most versatility, although mixing weights can be the key to a great sounding set-up.

It‘s a common misconception among beginners that all cymbals generally do the same thing when you strike them, but gaining more knowledge in the ways of the kit starts with understanding the differences between cymbal types and what they’re used for. Generally speaking, Cymbals fall into 4 categories:

Crash Cymbals are what most non-drummers think of when they imagine how cymbals sound. Crashes are typically loud cymbals used for playing accents, as opposed to patterns. They are named after the crashing sound they make when you strike them. Sizes may range from 13” to 22” … and everywhere in between. This huge diversity in sizes and weights of Crash cymbals allows you to add all kinds of versatility and colour to your overall sound.

To many beginners, a Ride is simply the name for the biggest cymbal in your set-up. And while it’s true that the lines between Crashes and Rides can get blurry in form, in function they serve two very different purposes. As a rule of thumb, Crash cymbals are used predominantly for playing accents, and Ride cymbals are used to play patterns or rhythms. In order to allow these patterns to be articulated clearly, Rides are generally larger in diameter and heavier in weight than Crash cymbals, and range in size from 18” to 24” (and even larger).

Ride cymbals also offer a variety of articulate sounds, depending on where you hit them. You can play patterns on the bell for a “more cowbell baby” kind of sound, or on the ride area for classic, articulate ride patterns — think jazz drummers. And because we drummers are complex types, Thin Rides can also double as large Crash cymbals — and vice versa! In fact, Crash-Rides are a popular sub-category of Ride cymbals.

Hi-Hats — or simply Hats — are the pairing of cymbals mounted on a specific Hi-Hat stand, which uses a pedal and cable system so they can be played open, closed, or even hands-free. Stepping on the pedal, “closes” the Hats, pressing them together snugly for tight, crisp tone. Letting up on the pedal “opens” the Hats, which allows them to sustain. Hats are most often used to play steady patterns of quarter, eight and even sixteenth notes. They typically come in sizes ranging from 10” to 14”, but larger Hats have become very popular in the last few years, and it’s no longer unusual to see 15”, 16” and even 18” Hats. Smaller hats generally produce brighter, crisper tone for fast, intricate patterns, while larger hats are louder and “chunkier” sounding, ideal for heavy rock music (especially when played semi-open for a “sludgy” feel).

While Effects cymbals are often left out of the budget equation for beginners, most drummers use Effects to add a virtually endless variety of sounds and accents to their performances. Among Effects cymbals, by far the two most popular are Splash and Chinese cymbals.

Chinese cymbals — or Chinas — sport a very unique design with upturned edges and limited tapering. As a result, the sound they make is a wonderful combination of noise and complexity that’s most often described as “Trashy”. China Cymbals also come in a super-wide variety of sizes, from 8” Mini Chinas all the way up to monster 22” China cymbals.

Splash cymbals are essentially very thin mini-crashes that range from 8” to 12″. Because of their small size and extra thin weight, they offer super fast attack and very quick decay. Their sound consists almost entirely of high-frequency bursts of white noise with very little complexity. Think of them as the firecrackers of the cymbal world.

In Part 2 of our look at Beginner Cymbal Series, we will explore the complexities of cymbal- making. This will include a look at the different metals cymbals are made from, as well as the various manufacturing methods used to produce them. By the time we’re done, you will be much better equipped to make the important decision of buying the best cymbals for your style and budget. 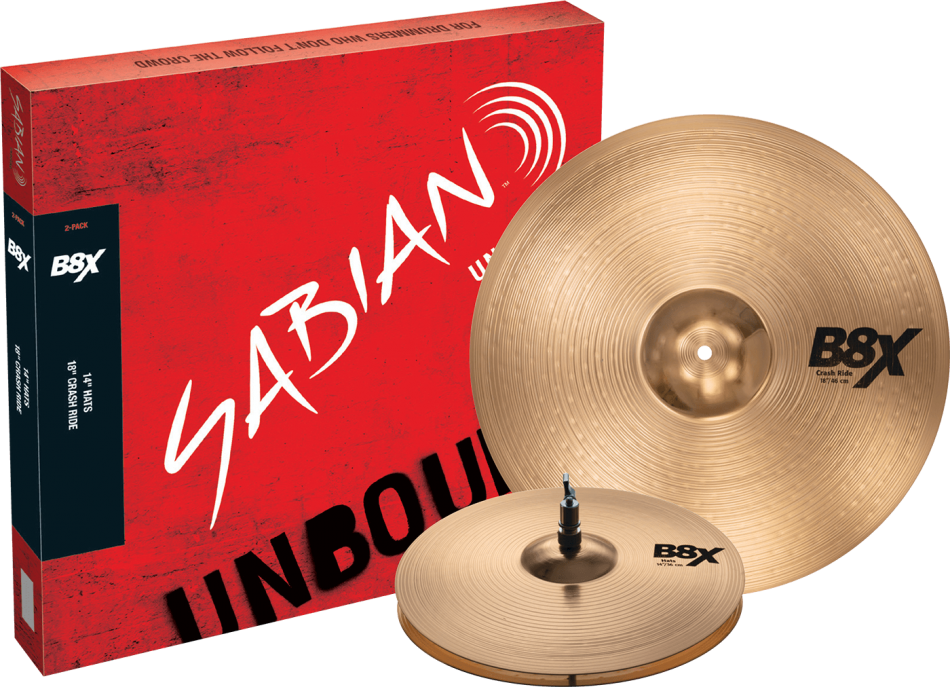 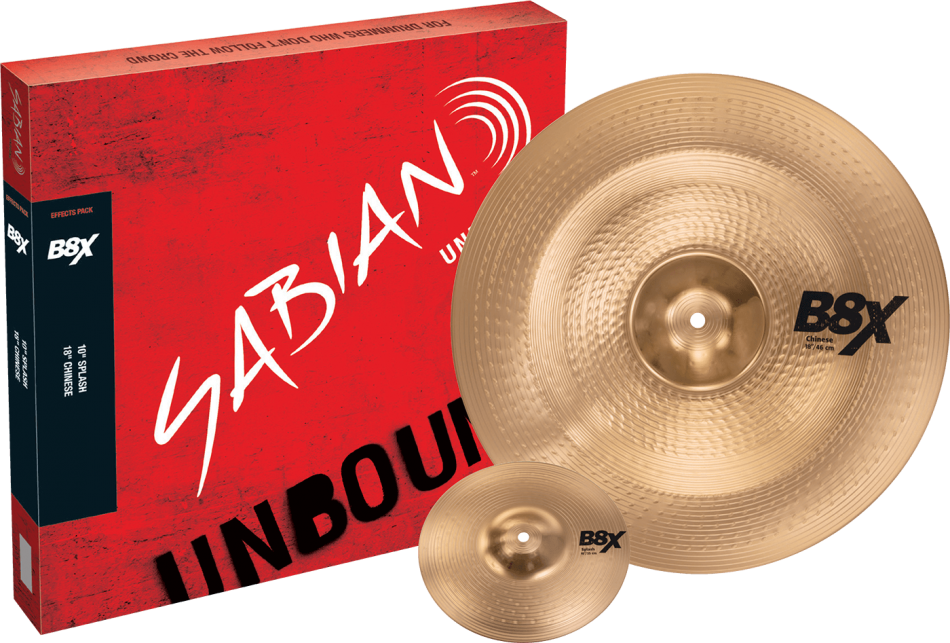