Neil Peart and the Story of Paragon

Neil Peart and the Story of Paragon

Everyone knows SABIAN’s Paragon line is Rush drummer Neil Peart’s signature series. But the story of how it came to be isn’t so well known. A personal statement from the legendary Rush drummer, Paragon was a bold concept when it debuted in 2004 – and remains so to this day. This is the story of how Paragon came to be.

Neil joined the SABIAN artist family in 2004, and a trip was quickly planned to bring him to Meductic, where he would work with Mark Love and the rest of the Vault team to develop a signature line of cymbals. He was already familiar with the quality of craftsmanship coming out of the New Brunswick-based factory.

“Back in 1974, when I first joined Rush, I bought a 22” ride cymbal that was made in that (Meductic) factory, and I’m still using it today, almost thirty years later.”

“Neil had a sound in mind,” recalls Mark Love. “He needed full-on power for those big shows with Rush. But he also wanted those same cymbals to be able to dip down into a lower dynamic range without losing their response factor. Visually, he preferred subtle looking cymbals to offset their explosive sound. He really was very clear about what he wanted.”

And so, Neil flew from LA to Montreal, where he jumped on his motorcycle to make the 11-hour trek to the SABIAN factory in Meductic, NB. It wasn’t an easy ride. Late fall on Canada’s east coast is cold, windy and rainy – not ideal motorcycle weather!

“The first thing I noticed at Sabian was the people — how nice they were — and the second thing was how much of the cymbal-making process was still done by hand,” commented Peart.

Neil asked to watch the entire cymbal making process – from when the castings were first made, all the way through the logo printing and final coating. He wanted to understand the effect each individual process had on a cymbals sound and performance.

“It was amazing to watch a piece of raw gray metal transform into a glittering musical instrument, step by handcrafted step, and I was also impressed by the many levels of craftsmanship that went into each cymbal. The tradition of alchemists and artisans definitely survives at Sabian!

As I played different cymbals from the wide-ranging SABIAN line, Mark Love began my education into the subtleties of metallurgy, hammering, and lathing, and how they could be combined for different musical effects. By the end of the day I was dizzy with all that new knowledge, but definitely felt closer to the instrument I had been playing for almost forty years. “

“It was amazing to watch a piece of raw gray metal transform into a glittering musical instrument, step by handcrafted step, and I was also impressed by the many levels of craftsmanship that went into each cymbal. The tradition of alchemists and artisans definitely survives at Sabian!” – Neil Peart

The Birth of Paragon

Once Neil had a good sense of what went into the making of a cymbal, the team went to work.

“We started with the all-important ride cymbal,” Peart recalled. “At first Mark had the bow lathed, and left the bell raw. Interesting … but a bit clangy. So he had Charlie Brown give it the hand-hammering treatment. Better, but still lacking in nuance. Next, we tried a combination of lathing and hand hammering on the bell and presto! That was what I wanted: a sharp, musical sound with a range of complex overtones.

“I’m not sure if Mark naturally shared my taste in cymbal sounds, or just intuitively responded to what he saw I liked, but he was soon bringing me a selection of crash cymbals and hi-hats that really worked for me and the way I played.”

Obviously, developing a signature entire line doesn’t happen overnight. In fact, the work continues long after the artist leaves the factory. Samples are sent back and forth between the factory and the artist’s home. Sometimes it’s necessary to send samples to hotels if the artist is on tour.

Neil recalls: “A few weeks later, Mark sent me some prototype crash cymbals with AAX lathing on the top, and classic Turkish-style AA lathing on the bottom, combined with the hand-hammered bell. This combina­tion proved to be exactly what I had been looking for in a crash cymbal: a unity of rapid attack and swell around a solid, musical sound, with a smooth decay.”

As for the Paragon name: “I thought,” explained Peart, “of that word in the sense of the expressions ‘a paragon of excellence,’ or ‘a paragon of virtue’… essentially, a model of perfection or excellence. And with all credit to Mark and the Vault guys at Sabian, and due deference to matters of taste, I think it’s what we achieved.”

Mark Love sums up the experience: “The power of Paragon makes it ideal for rock music. But just like the music of Rush, these cymbals are capable of taking you someplace you’ve never been. Paragon was a great adventure!”

Peart adds: “To be invited to design a cymbal myself was like being invited into the kitchen of a fine restaurant to direct the chefs – I may know what I like, but it doesn’t mean I know anything about making it!”

Neil debuted his new Paragon cymbals on Rush’s retro disc Feedback, on which the band covered tracks by the Who, Yardbirds and Buffalo Springfield, and then took them on the road for the band’s R30 30’th Anniversary tour. 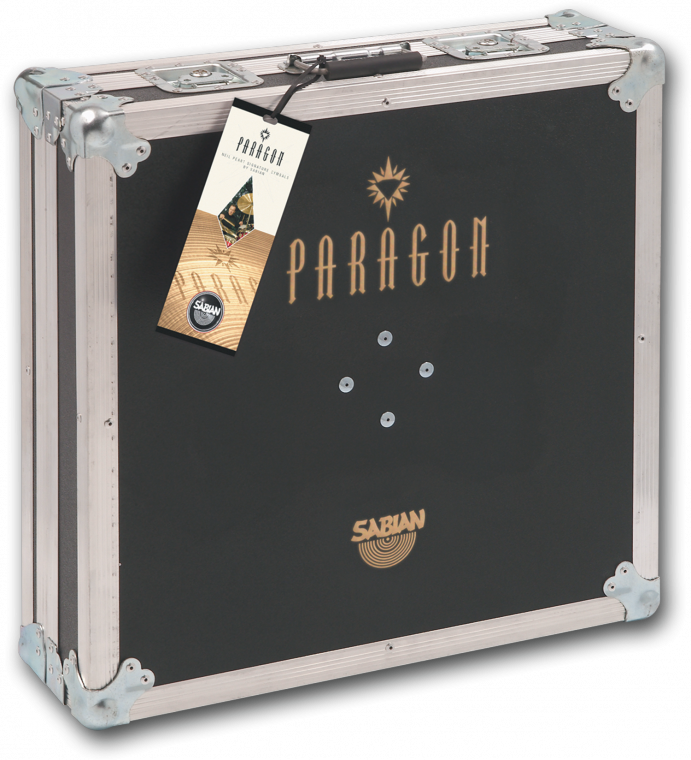 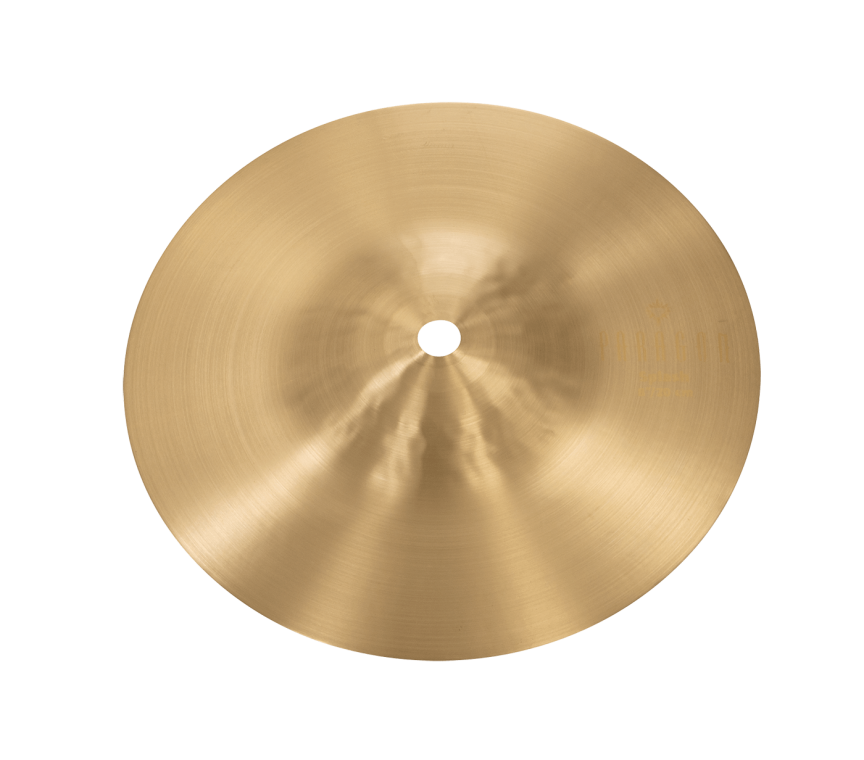 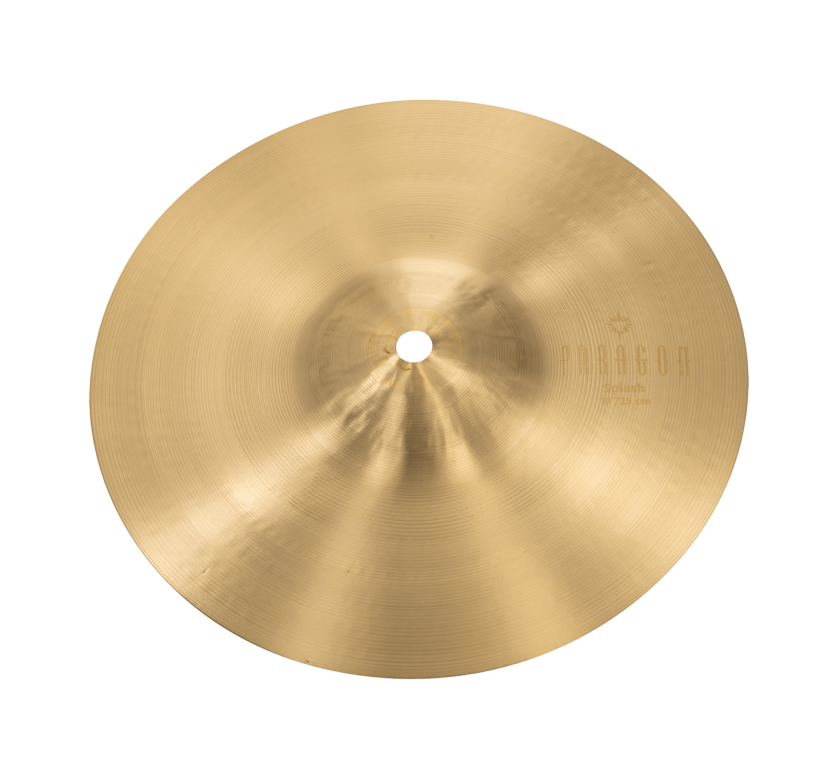 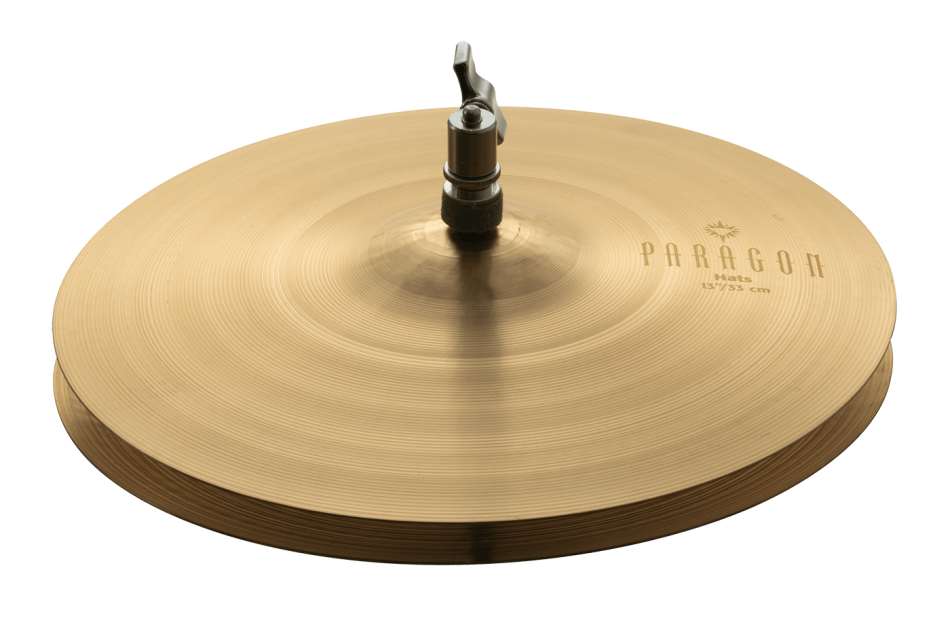 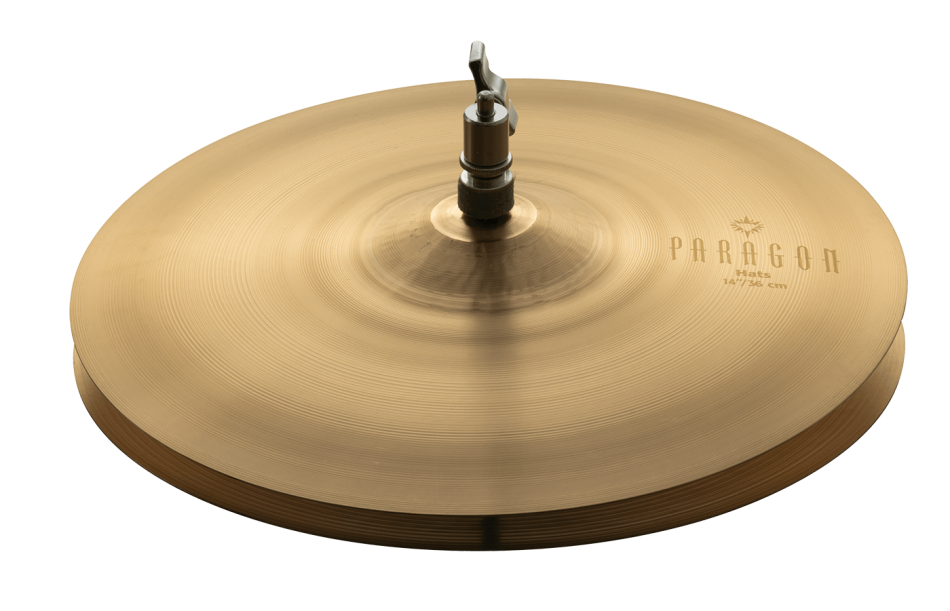 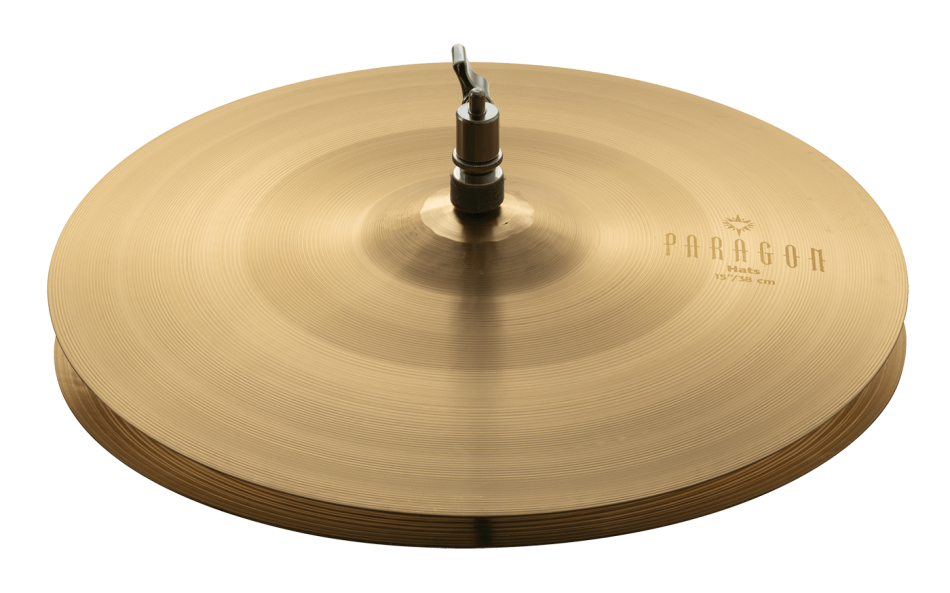 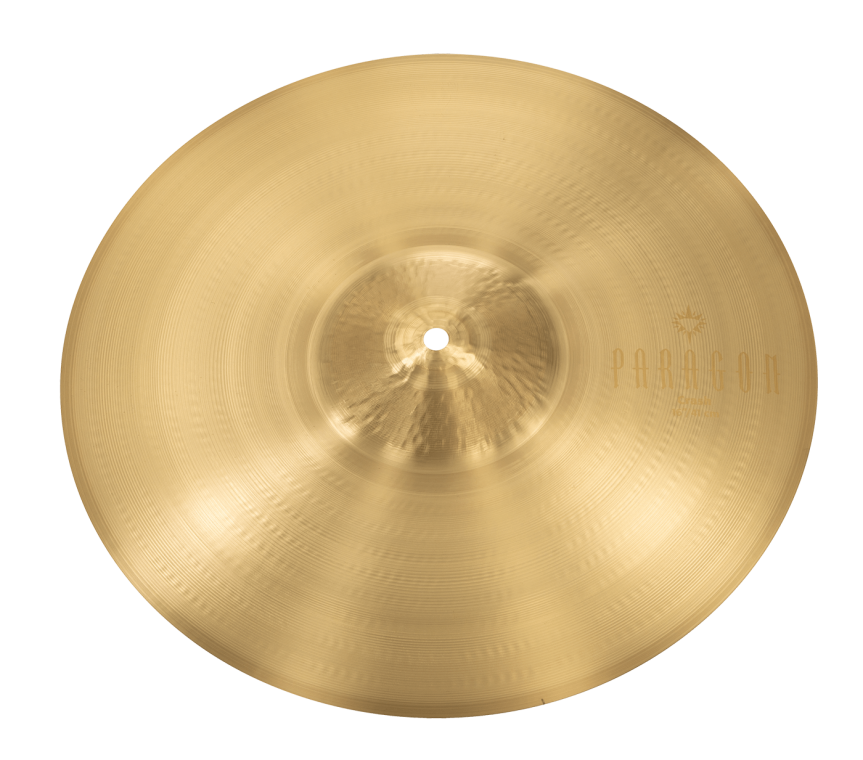 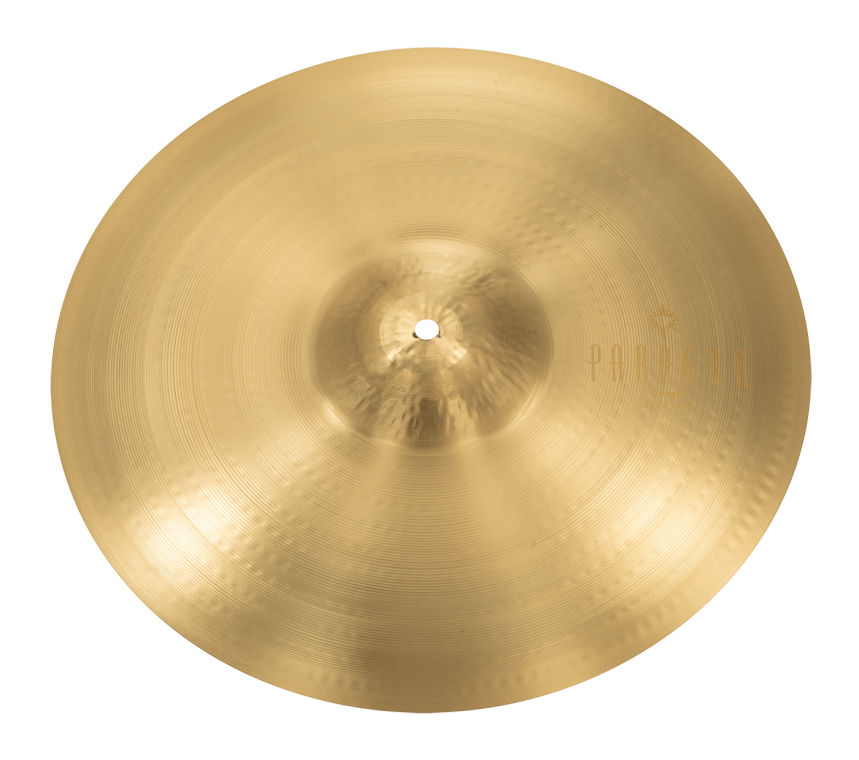 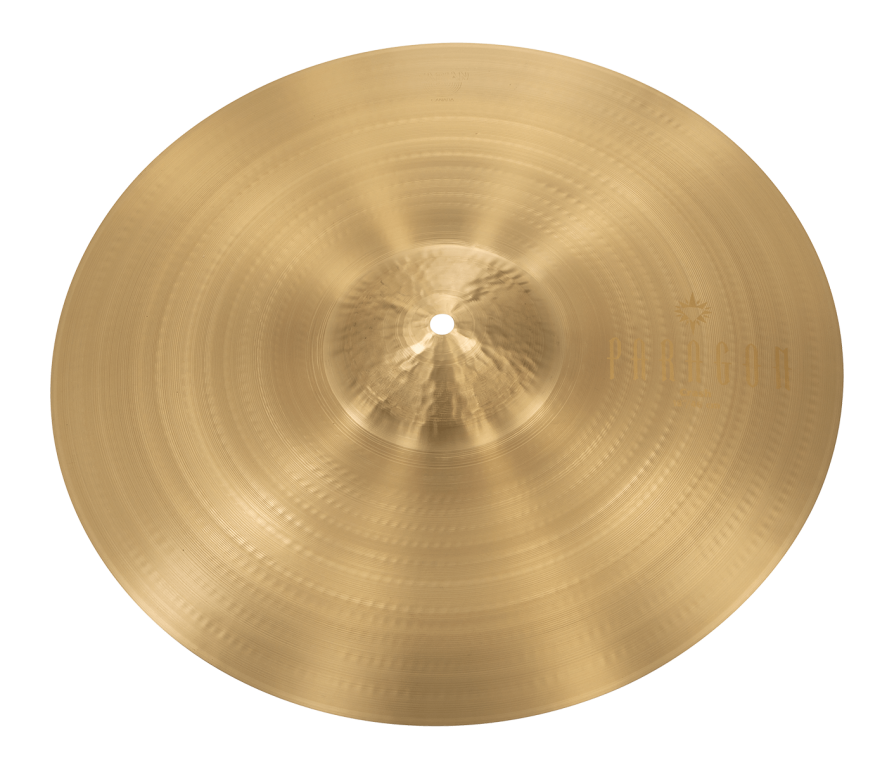 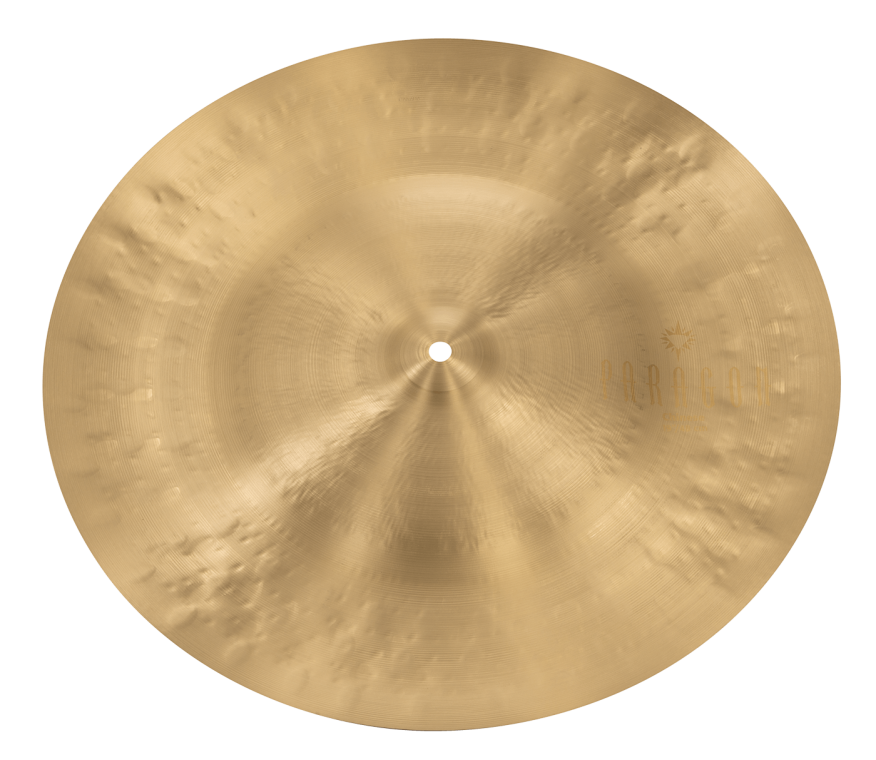 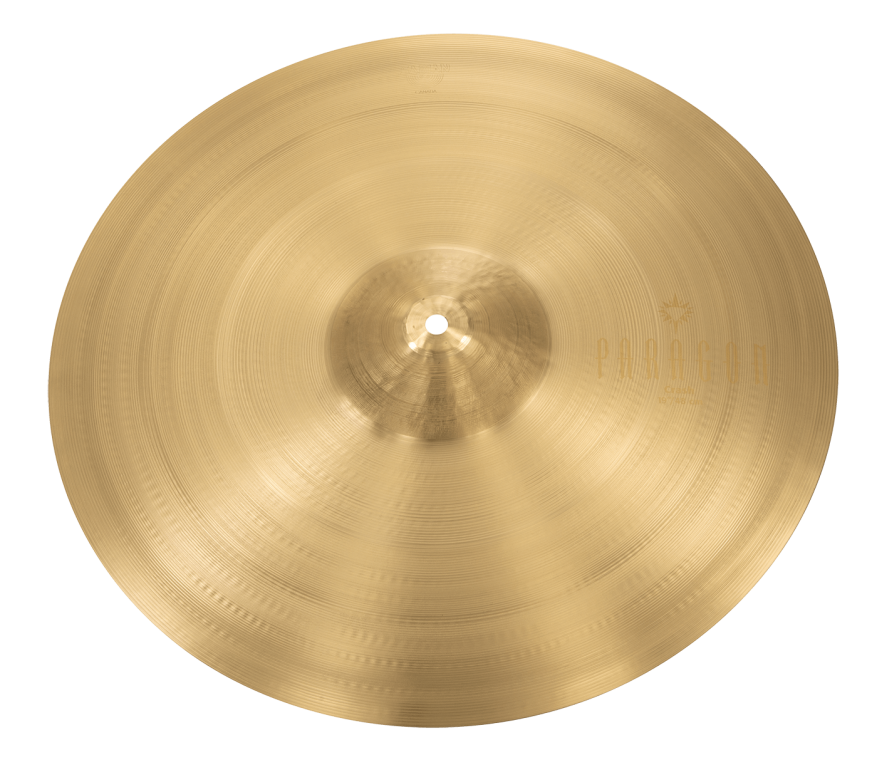 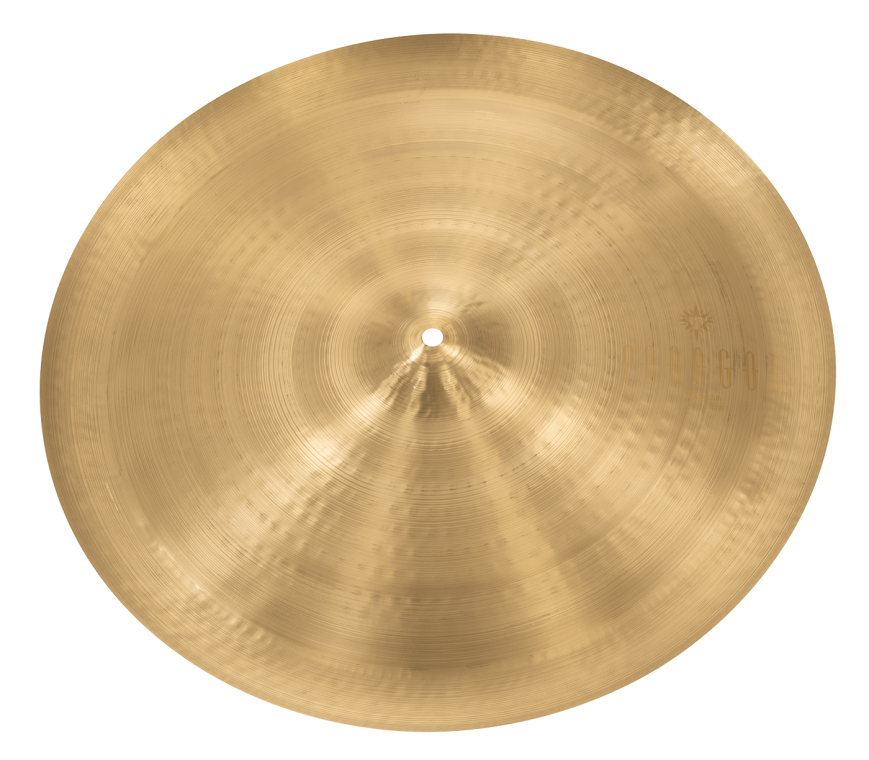 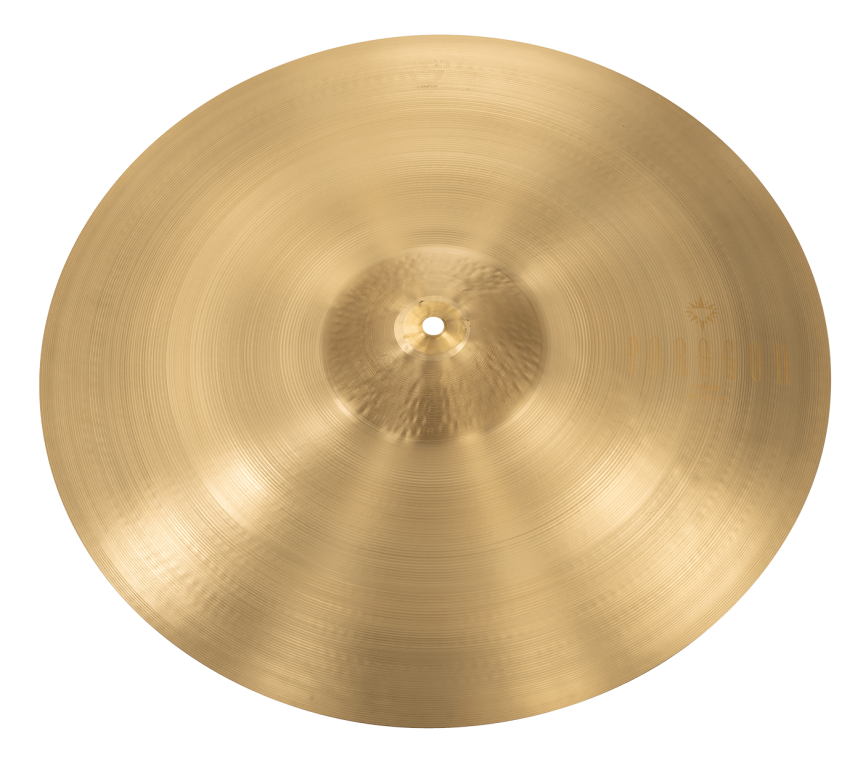 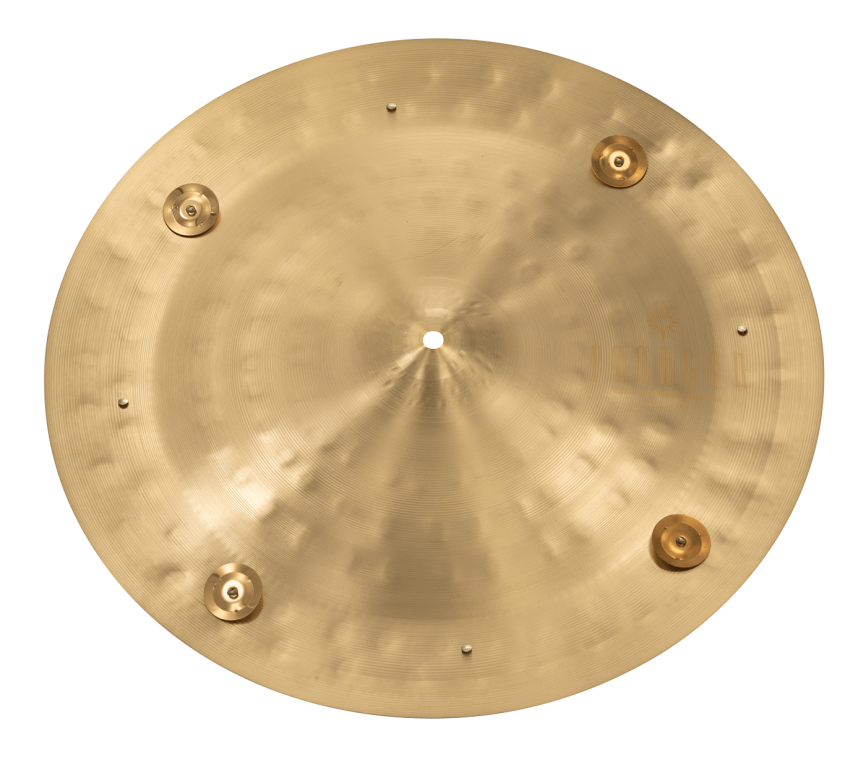 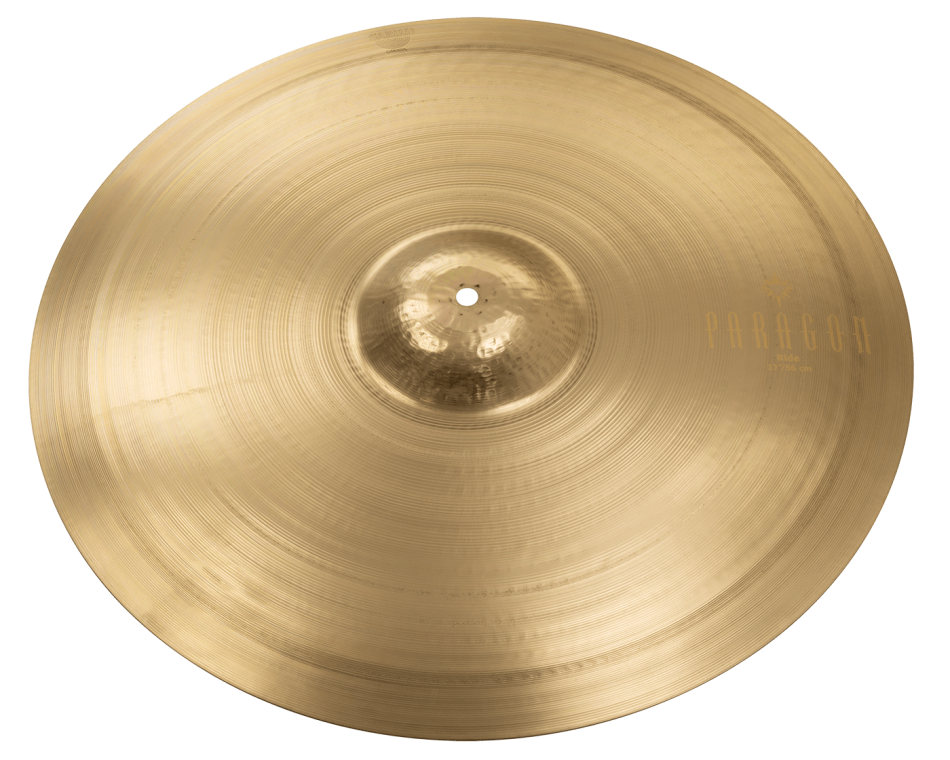 A QUICK OVERVIEW OF THE PARAGON LINE

At over 8lbs in weight, the 22” Ride is an extra-heavy beast, with strong, clear stick definition. The Hats (13”-14”-15”) are medium weight for fast, crisp response and clean sticking. The Crashes (16”-17”-18”-19”-20”) are also medium weight, with large bells to boost overall volume and power and to deliver fast, explosive response. The splashes (8”, 10”) are very fast, sharp and pack a serious bite. And there are three very different Chinese models. The 19” China has a small bell, a high bow, and an extremely wide-lipped edge that is HHX-hammered, for a more traditional – and very trashy – oriental look and sound. The heavier 20” China is a totally different model, with a drier, more direct response. And the 20’ Diamondback China uses jingles and rivets for adding sizzling accents to its dark response. Paragon cymbals are available in Natural and Brilliant finish.