DJ RAVIDRUMS is inarguably one of today’s most explosive DJ’s and overall powerful entertainers. He originates a hip, epic musical movement, unique to the music scene and to the world. DJ RAVIDRUMS is not only a familiar face to Hollywood’s elite party scene, but he has distinguished himself as the inventor of the Live Remix which combines; Dj-ing, drumming, hosting and his insane over the top performance energy that brings everyone to their feet to dance and celebrate life.

This January, DJ RAVIDRUMS has been tapped to work along side HOWIE MANDEL, as his sidekick/Band/DJ (ala Paul Shaffer) on the new NBC PRIME-TIME show titled “Howie Do It”. Ravi Jakhotia, otherwise known around the world as DJ RAVIDRUMS, has rocked the most exclusive high-profile events and performed for audiences across the globe. His visually driven presentation leaves audiences buzzing about his crazy, electrifying non-stop till you drop performances, dazzling antics and his massive one of a kind illuminating drum set up, which was engineered by NASA scientists specifically for him.

DJ RAVIDRUMS is famous for his eclectic mixes and beats ranging from Hip-Hop, Rock, Funk, House, Latin, Brazilian and Reggeaton. 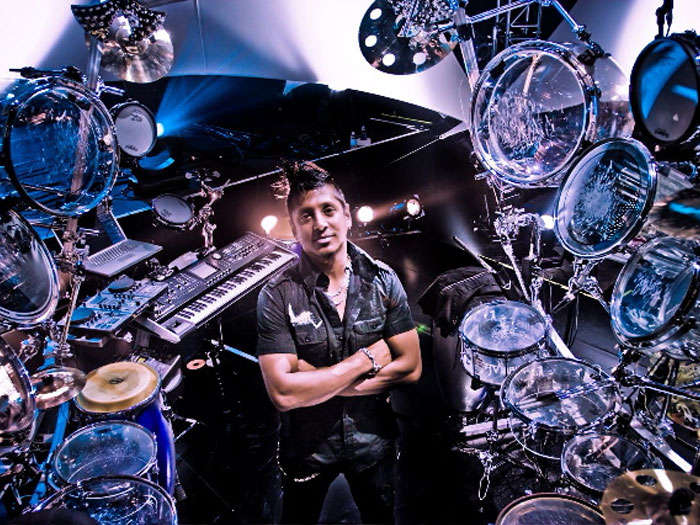