Alex is a freelance musician currently playing live drums for Dizzee Rascal. He has had the great privilege of performing with Dizzee on MTV, at the BBC Electric Proms, on Later with Jools Holland and headlining Glastonbury. Also on the CV, both studio and live, is the Wu Tang Clan, NAS, Lethal Bizzle, Nick Cave, UNKLE, Boy George, Paul McCartney and many others. Alex records drums and percussion for a wide variety of artists in his own studio utilising an internet file transfer service – he has recorded on numerous Number 1 records in this way. Check out Drummer magazine for his regular tuition column and www.alexreeves.co.uk for more information including free video lessons. 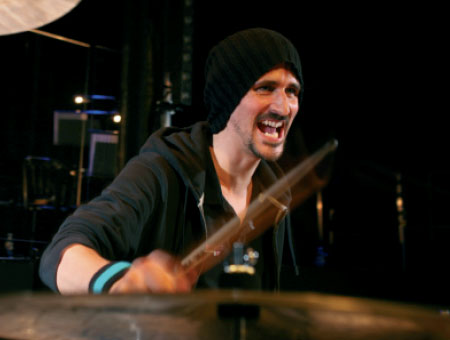