Andrew Leib is currently the Percussion Program director for the bands of Ragsdale High School and Jamestown Middle School located in the greater Greensboro North Carolina region. Andrew has been teaching in Guilford County since 2011. Drew graduated from Lebanon Valley College with two degrees, a B.S. in Music Education and a B.A. in Music Composition. While at LVC, Drew studied under Professor Robert Nowak and was a member of the college percussion ensembles. Drew has a diverse background in marching percussion as well as ensemble percussion. In 2005 and 2006 Drew marched from the Bushwackers Drum and Bugle Corps where he studied under Dan DeLong, Jeff Shipmen and Robert Thatcher. In 2009, Drew marched for the Jersey Surf Drum Corps during their debut season in the World Class where he studied under Rich Hammond and Chris Perna. Since Drew’s arrival at Ragsdale and Jamestown, his groups have received superior ratings at nearly all contests they have attended. Drew resides outside of Gibsonville North Carolina with his wife Meredith and his golden receiver Rockwell.

CAREER HIGHLIGHT: Sharing my passion for percussion with my students everyday 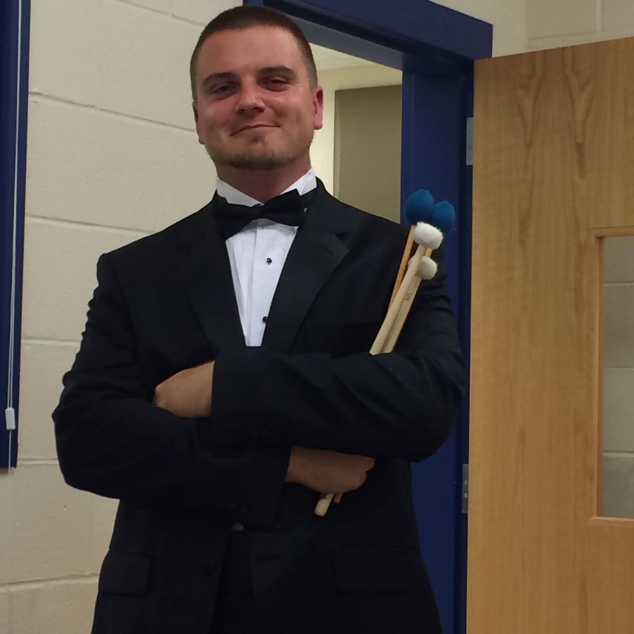