Sabian Artist ArtBernstein has been playing drums for more than 20 years and has been teaching for 14 years. Art was also named artist of the month September 2007 at musiclearningcurve.com & is currently a contributing writer for Drumhead Magazine contributing to the the playing with the pros section & CD for each issue #’s 5 to present with a song, play-along & transcription of hisperformanceincluded in each issue & also writing lessons for the educational department Drum U. With lesson examples in print & all examples also included on the Drumhead CD’s. As a performer and session artist, his versatility behind the kit has afforded him the opportunity to perform & record within the genres of rock, funk, blues, pop, metal, folk, jazz, latin and country with both regional & national acts, and for equity musical theater. Art has well over 30 CD’s to his credit, including recent collaborations with guitarist Chuck D’Aloia, Gears”, Under the Hood, Christmastime is Gears and Brown Note Amps presents music by Chuck D’Aloia & Art Bernstein.

From his private teaching studio in upstate New York, Art has been inspired by his students of all ages, whose achievements have ranged from coveted positions with The Empire State Youth Orchestra’s Percussion ensembles, The Empire State Youth Orchestra’s Jazz Ensembles both A & B groups, currently 1 student performing with the A group. Also school district, all county ensembles, competitiveensembles, including most recently the Massachusetts MMEA All-State Jazz Drum Set Chair for both 2006 & 2008, New York State Area All-State Band chair Zone 10 2007 & 2008, college jazz, concert, orchestras, wind ensembles & also students touring internationally with bands of their own. During its 2005-2006 season, The Empire State Youth Orchestra’s Youth Percussion Ensemble featured Art’s composition “Luna’s Lunch, a 2 Drumset Solo,” performed by two of his students. Art has written books & instructional DVD’S on drumset and snare. He is a Drummers Collective NYC Alumnus, and is proud to endorse Audix Microphones, Ayotte Drums, Sabian Cymbals and Vic Firth Sticks. 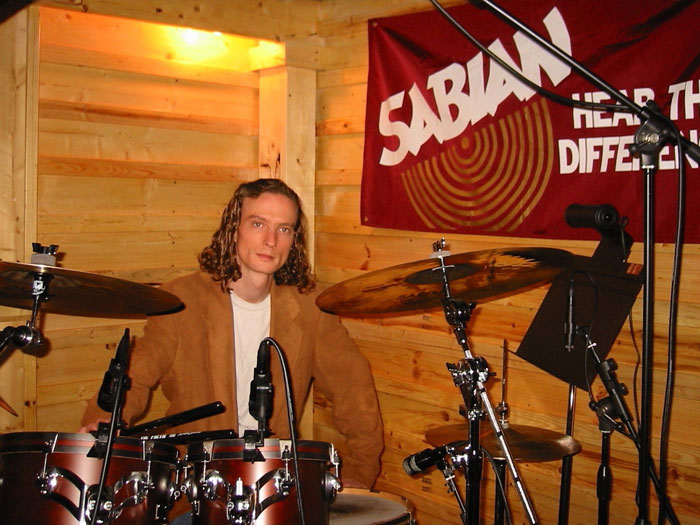