His high-powered drumming and great stage presence with chart-toppers The Vinnie Vincent Invasion and Nelson put Bobby Rock on some of the world’s biggest stages and introduced him to the drumming world. It also launched him on a diverse and rewarding career that has seen the muscular drummer from Texas become one of the leading players on the hard rock and fusion rock scene. Mixing muscle with in-depth technical ability, Bobby blisters through speed metal, odd-times fusion, high-powered latin, pop and rock with the ability and determination of a player who has done his homework and paid his dues. Bobby’s book/video Metalmorphosis and his latest video The Zen of Drumming join his book Muscles, Mangos and Meditation to reveal a player with a passion for performing. Heavily into healthy living, Bobby nourishes his body and mind with dedication. Now a long-time resident in Los Angeles, where he mixes recording sessions, soundtracking, touring, clinics with a lifestyle that’s all about keeping fit, Bobby Rock is a player who consistently delivers at peak performance. 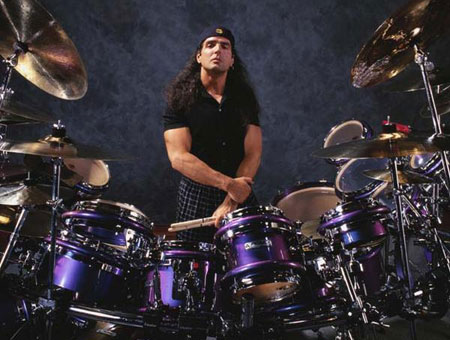