Born in Pittsburgh Pennsylvania, Brian Del Signore earned a Bachelors of Fine Arts degree from Carnegie-Mellon University in 1981. In 1984, Mr. Del Signore earned a Masters in Music from Temple University in Philadelphia where he studied with Alan Abel of the Philadelphia Orchestra. He began piano lessons at age six and drums at age eleven. His first drum teacher was Louis Carto, pop star Bobby Vinton’s drummer and bandleader in the 1960’s and early 1970’s.

FAVORITE SABIAN CYMBAL: No particular favorites but love the Viennese or medium weight for a2 playing. There are so many great choices for suspended cymbals, including drumset choices. 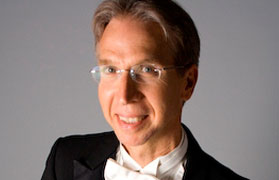