Vegas Vanguard Percussion Theater is an indoor competitive ensemble based in Las Vegas and gives students in Clark County the opportunity to participate in a highly educational/competitive percussion ensemble. The group began competing in the PIA Class in WGI in 2006 and has received at least 1st place in a WGI Regional every season. The ensemble also participated in the SC-PA Circuit receiving the Gold medal at the circuit Championships in 2006 and 2009, and the silver medal in 2007 and 2010. Recently the group placed 3rd at WGI World Championships in Dayton, Ohio in the PIA Class in 2011 and 2012!! Brian is in his second year as a member of the WGI Percussion Advisory Board.

Brian is also the Executive Director/Founder/Arranger/Performer with the Vegas Vanguard Entertainment Drumline (VVED) since organizing the ensemble in October, 2006. VVED has performed for such artists as Keith Urban, Floyd “Money” Mayweather, Paris Hilton, Justin Timberlake, Gene Simmons, Joe Jackson, Toni Braxton, and Shaquille O’Neil. VVED was featured at every UNLV Men’s Basketball pre-game show at every home game for the 07/08 season. They also performed on stage at the Latin Grammy’s in November 2010 with Enrique Iglesias, his music was featured at the American Music Awards for the Enrique performance of “I Like It”, and during the Halftime of the NFL Game between the Dolphins/Cowboys game on Thanksgiving. VVED has been featured on television shows such as Gene Simmons Family Jewels on the A&E Network. Brian arranged and performed at the EDC Festival in Las Vegas in June, 2012 with DJ Thomas Gold. VVED performed with American Idol winner Phillip Phillips at the NASCAR awards banquet in December, 2012.

While attending The University of Nevada Las Vegas, Howerton performed in the marching percussion section of the UNLV Star of Nevada Marching Band from (1994-1999) and received his bachelor’s degree in Broadcast Communications and Criminal Justice.

Brian has been a clinician for the Nevada Percussive Arts Society Day of Percussion, an adjudicator of percussion at local marching band and indoor drumline competitions, and an instructor for the Yamaha Sounds of Summer Drumline Camp.

Brian started a percussion camp in 2010 in conjunction with the Student Leadership Clinic, offering Clark County students with the opportunity to attend a weeklong percussion camp at a lesser cost of other camps. The camp focused on teaching fundamentals, techniques, sound quality, marching, visual elements in marching percussion, and drum tuning. Website www.studentleadershipclinics.org 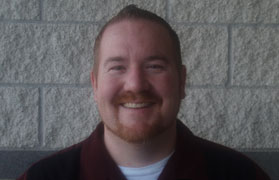