Over the past 20 years, Brian Young has earned a well-deserved reputation as one of the world’s premier power-pop drummers. He first gained attention as a member of the legendary Posies, one of the most influential and respected bands to emerge from the early-90’s Seattle scene. After recording and touring with the Posies for the first half of the nineties, he joined New York power-pop band Fountains of Wayne in 1996. The group has since recorded five highly-acclaimed major label albums, been nominated for two GRAMMY awards, and have toured the world numerous times.

Brian’s diverse abilities and talent has allowed him stretch far beyond the world of power pop. In his spare time, he has also managed to record close to 100 albums, and produce or perform with artists such as America, Krist Novoselic, IVY, Jim Carroll, Burt Bacharach, Jesus and Mary Chain, The Walkabouts, Japanese pop megastar Junko Yagami, Tokyo’s Broken Country Girls, and many others.

Brian’s playing combines classic influences from players like Bun E. Carlos (Cheap Trick), Ringo Starr, and Clem Burke (Blondie), with a hard-hitting, aggressive style in tune with today’s modern rock. Brian was featured in the June 2007 issue of Modern Drummer, where he disclosed that his drumming has been influenced by “the great studio drummers of the 1970s and to some degree, every musician that I’ve ever heard or seen.”

FAVORITE ALBUM YOU PLAYED ON: Fountains of Wayne, “Sky Full of Holes” 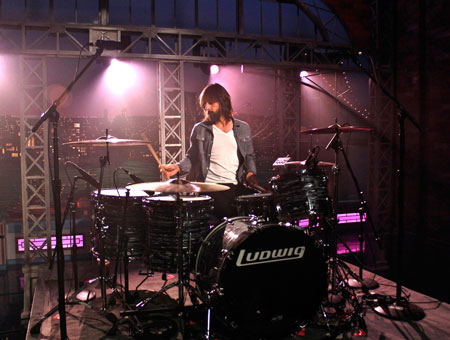