Chi-Tung Wong is a Hong Kong musician, best known as the drummer of Tie-shu-lan (TSL), a Hong Kong nu-metal band formed in 2005. He is also currently the drummer of A-Day, Brothers of Roadkill and 9 A.M. He is especially skilled at genres including nu-metal, alternative rock, blues, fusion rock and classical percussion. Chi-Tung began drumming at the age of 8, participated in primary school marching band and high school wind orchestra. He was active in performing in classical orchestras such as the Hong Kong Philharmonic Orchestra and the Hong Kong Symphonic Winds since 1995 till present. In 1996, he formed his first band. A year later, he started his professional career as a drum & percussion instructor and a recording drummer at the Universal Music Hong Kong in 1998. He played for artists such as Janice M. Vidal, Deep Ng, Wallis Cho, and in Maggie Fu’s band, Holic Jam. Since 2005, Chi-Tung performed live with TSL extensively in Hong Kong, Shenzhen, Guangzhou, Macau, Beijing and Taiwan. In Jan 2011, TSL released their debut album. The audience number of their album release live reached 1000 people. After he began recording and mixing songs for his own bands, Chi-Tung delved into techniques in audio engineering and music programming. He took up the jobs of song recording and mixing for a number of prominent albums by TSL, Sugar Club and Tats Lau. Other engineer works includes advertisement music and film score. In 2013-14, TSL will record their second album, while 9 A.M. also planned to record their debut album in Taiwan. Apart from the album plans, Chi-Tung will tour with TSL in Mainland China for one year, 12 cities and 6 well-known music festivals in China. He will also join his another band, 9 A.M., touring in Singapore, Japan and Taiwan in 2014. 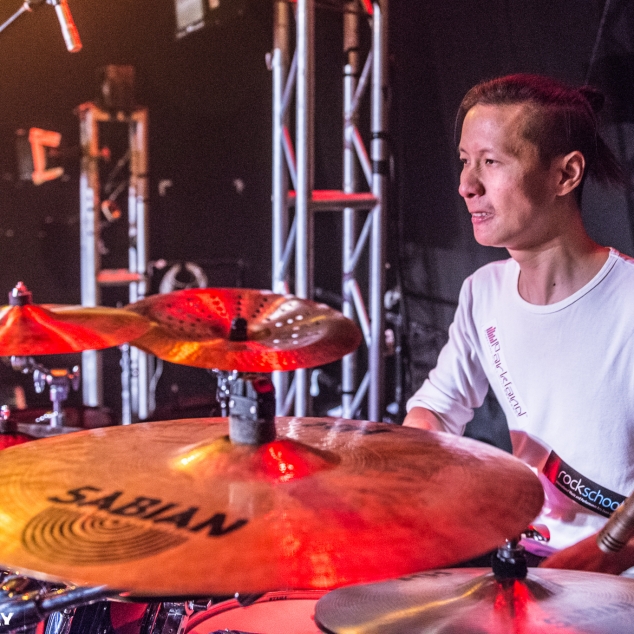