Chris Martin is currently finishing his doctoral studies in Percussion Performance at the Jacobs School of Music at Indiana University. He received his Master of Music degree from Manhattan School of Music and undergraduate degree at Indiana University. Currently, Mr. Martin is a member of Tales & Scales, an educational group that promotes art through live shows and classroom workshops. Mr. Martin is a former Director and Conductor of the Percussion Ensemble and Head of the Percussion Department at North Georgia College and State University. He is also a former Associate Instructor of Percussion at the Jacobs School of Music. In 2000, Mr. Martin received a grant from the New York State Department of Cultural Affairs to implement a program that would bring music to homeless children in Brooklyn.

As a performer, Mr. Martin has played with the New York Chamber Orchestra, the Philadelphia Virtuosi Chamber Orchestra and the Charleston Symphony Orchestra and has also been a soloist in the New York City area. In addition, Mr. Martin has been the Assistant Director of Artistic Planning and Community Affairs with the Brooklyn Philharmonic under Robert Spano and the Director of Operations with the American Symphony Orchestra where he produced concerts at Lincoln Center and Carnegie Hall. 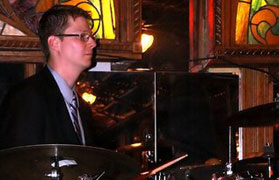