His big, deep grooves are a record producers dream, and with an ever-lengthening list of gold and platinum records to his credit, session drummer Chris McHugh is one of Nashville’s first-call players. But don’t peg this lad from New Jersey as a ‘country’ drummer as such. No. With credits spanning pop, rock and country – he made his initial mark with vocalist Amy Grant, has played around the world and topped the charts with a long and continuous string of hitmakers including Rascal Flatts, Jewel, and Carrie Underwood. He is also the power behind Keith Urban’s kick-butt Nashville-meets-the Stones multi-platinum band. Not bad for a quiet, unassuming guy who grew up hearing Led Zeppelin, Neil Diamond, Frank Sinatra, Tony Bennett, and The Beatles around his house and playing in garage bands.

“I moved to Nashville in ’85, just to give it a go and see what happens. I’ve been here ever since.”

Chris’s love of big cymbals – like the Vault Artisan Ride and over-sized APX Crashes – sits well with his style and the music he plays. “I like to make a big pocket that the band can sit in… then kick it up with a solid ‘2 and 4’ and some tasty fills. With Keith Urban I get to do all that and more. Cymbal-wise, I like mixing the darker sound of the Artisan Ride with the APX crashes, which are so bright that they blow through any band I’m playing with. Sounds like these really give the rest of the band something to play off of, plus they really fill out the music in a big way.” With Chris McHugh, it’s all about the groove… and making it move. 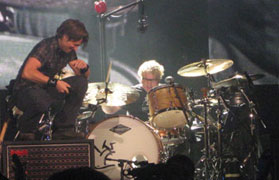 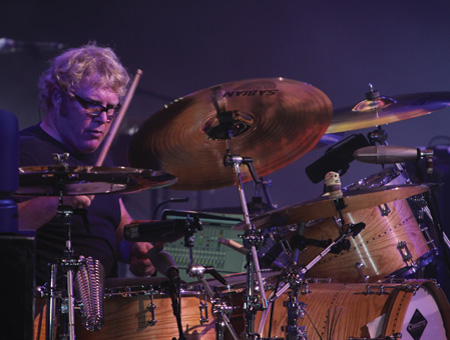