“The day I was introduced to drumming, was the day drumming became my life. I was taken along to see my first show when I was only 4 years old, and it just so happens my dad was behind the kit that night, I was jaw dropped to say the least! From that moment I knew all I wanted to do was play; all these years later nothing has changed!”

Chris was fortunate enough to grow up around some amazing players who taught him strict practice methods, and helped him to study and understand music from the young age of just 6. This built such a solid foundation of skill and knowledge all round, enabling him freedom and language via the kit.

Currently, Chris is playing professionally, writing, recording and touring with the band ‘Oceans Ate Alaska’. The bands career initially took off after releasing their first single ‘Clocks’, which quickly received millions of plays on YouTube and a significant amount of media attention. The band is now signed to Fearless Records and have the privilege of spending most of their time touring the world!

As a player, Chris is known worldwide as ‘the robot’ due to his impeccable accuracy whilst performing fast and technical parts. Backed by DW Drums, Vic Firth Sticks, Remo Drum Heads and Sabian Cymbals, he’s definitely a name to look out for! 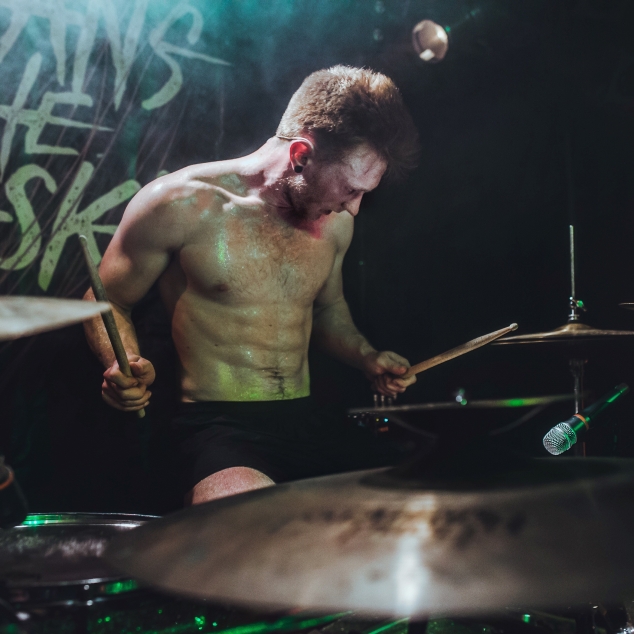