He may have started on piano and guitar, but today Christopher Farfan is one of Peru’s leading drummers. Citing the progressive rock of RUSH and Dream Theater as a major influence on his own approach to pop and rock drumming, Christopher also cites Neil Peart, Dom Famularo and Mike Portnoy amoung his favorite players.

Not one to be limited to playing any one style, Christopher studied privately before moving on to music school as well as Business Management at the University of Lima. Today, thanks to his ability to play various styles, he is playing with Diego Dibos, Resplandor and Vali Caceres and is an owner of Audiobeat Studios (www.audiobeat.pe), where he is a producer and session player.

FAVORITE ALBUM NOT PLAYED ON: “Metropolis Pt 2: Scenes from a Memory”, Dream Theater 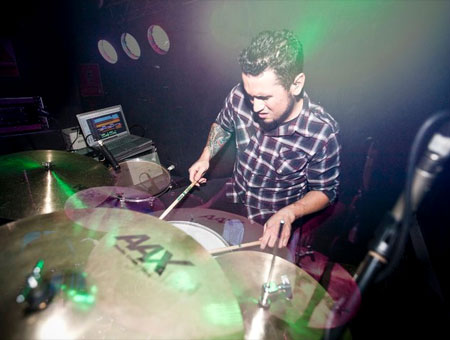