Claus is currently one of the most in demand drum coaches and clinicians; in addition to his teaching and playing activities he is also contributing articles and columns to the German drum magazine “drums & percussion”, Australia’s “Drumscene” and from Fall 2010 also for “Modern Drummer”. His first and long awaited educational book “Open Handed Playing Vol. I” (co-written with Dom Famularo and including a foreword by Billy Cobham) has been released worldwide with Alfred Publishing and earned international recognition including a 4-star review in the “Modern Drummer” magazine. March 2011 Alfred Publishing released “Daily Drumset Workout” while Volume II of “Open Handed Playing” is likely to be released spring / summer 2011. Other future book and DVD plans include taking care of Jim Chapin’s idea about collapsed rudiments and a rudimental playalong project with alternate versions of traditional fife and drum tunes.

Besides the wide stylistic range of his playing Claus’ unique and individual style of drumming comes as a mixture of stunning technical skills, open handed playing and ostinato work that never gets into being “just drums”. His teaching activities include the University for Music and Performing Arts in Frankfurt as well as maintaining a busy schedule of clinics and private teaching.

As the first German respectively European drumset artist he was also invited to the “Drummer’s Collective” (New York) and the University of Performing Arts / Ju Percussion Foundation in Taipei (Taiwan). His workshops and clinics are known for a unique mixture of education and displaying stunning musical and drumistic skills likewise. Claus endorses SABIAN cymbals, VIC FIRTH sticks, MAPEX drums and EVANS drumheads. 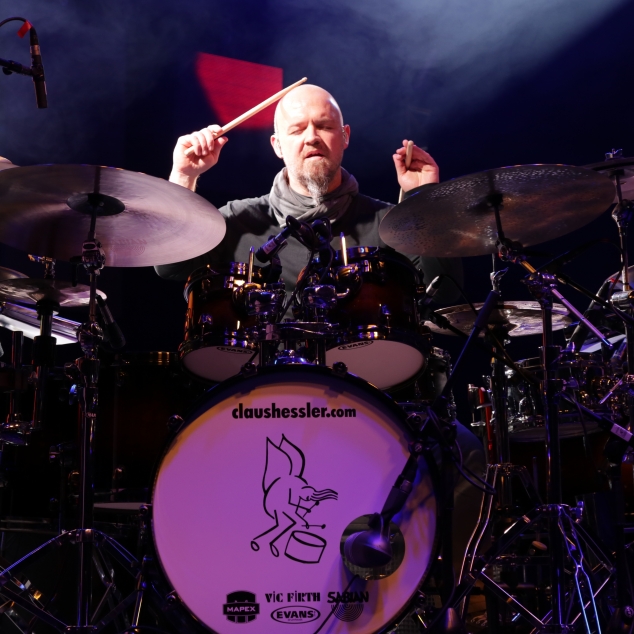