Damien Petitjean begun music at the age of seven and studied at the Conservatoire National Supérieur de Musique in Paris. After obtaining the highest award, he reached the final round at the ARD International Music Competition in Munich. He is a member of the prestigious Gustav Mahler Youth Orchestra, and has been the soloist of the prestigious Paris National Opera Orchestra since 1998. He has worked with some of the best conductors in the world, including Seiji Ozawa, Pierre Boulez, Georges Prêtre, Christof Von Dohnany, Esa-Pekka Salonen, Valery Gergiev, Vladimir Jurowski and Armin Jordan.

Damien and Philippe Limoge make up PercuDuo, who perform both original music and improvisation, while exploring a mix of acoustic and electronic instruments.

Fascinated by afro-cuban music, Damien also belongs to the Ensemble Nord-Sud, a group of musicians from different countries and musical origins.

Damien gives regular masterclasses on marimba and orchestral percussion and he is also the artistic director of “Cuivres en Fête” as well as his summer academy “Epsival” in Limousin. 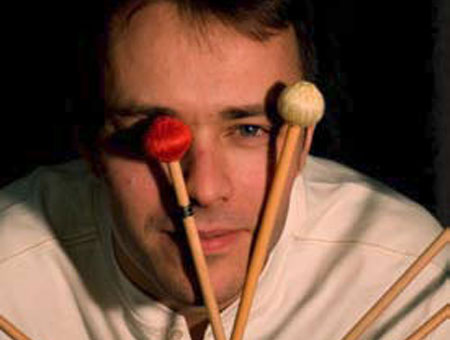