LIVES IN:
Vancouver, BC

Daniel Tones is an award-winning percussionist equally committed to fostering creative development in aspiring musicians. He earned a doctorate in performance and ethnomusicology from the University of British Columbia and studied with Salvador Ferreras, Russell Hartenberger, and John Rudolph. He has performed with internationally recognized percussionists Bob Becker, Aiyun Huang, Morris Palter, and Steve Schick, has appeared at music festivals on three continents, and has been broadcast nationally on radio and television.

A love of global percussion led him to study frame drumming, West African drumming and dance, Balinese gamelan, and Cuban percussion with master musicians. Equally at home with orchestral music, he is the Principal Percussionist of the Kamloops Symphony Orchestra and has performed with the Toronto, Vancouver, and Victoria symphonies, the CBC Vancouver Radio Orchestra, and the Vancouver Opera. Daniel is best known for his work as a contemporary percussionist, however, and in addition to performing internationally as a soloist he works regularly with Vancouver New Music and Fringe Percussion.

Daniel is on the faculties of Simon Fraser University, Vancouver Community College, and Kwantlen Polytechnic University. He is a Yamaha artist-educator and a SABIAN endorser, and provides workshops regularly to students throughout Metro Vancouver. In recent years he was the Percussion Coach for the Canadian Wind Orchestra and the National Youth Band of Canada. 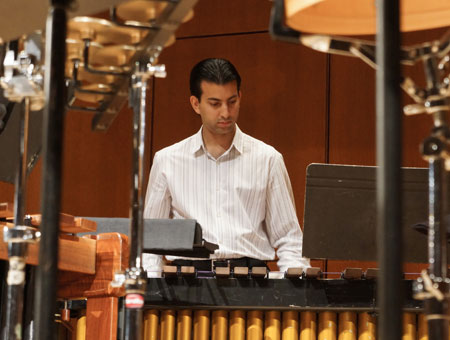