Dave Danford is rapidly building a reputation as one of the UK’s finest young soloists. His virtuosic performances from a unique and accessible solo repertoire continue to engage audiences throughout the country. He studied with Chris Stock (principal percussionist – BBC NOW) at the Royal Welsh College of Music & Drama where his abilities as a soloist were continually recognized with concerto performances with the brass band, wind orchestra and symphony orchestra and he became the first percussionist to win the college’s annual concerto competition. After graduating from the college Dave embarked on a career as a full-time percussion soloist. His varied musical endeavours have included concerto performances, solo recitals, studio recordings and master-classes. He has performed as a soloist in many of the UK’s finest concert halls including Birmingham Symphony Hall, The Sage Gateshead and St. David’s Hall, Cardiff.

Dave’s unique solo repertoire is chosen carefully with the intention of being accessible to every concert audience. This wide range of repertoire includes major concertos for orchestra, wind orchestra and brass band, solo percussion items from around the world and new concert-piece commissions from the UK’s finest composers. He released his debut solo album, Rhythmic Renaissance, in March 2007. The CD is a collection of accessible music for solo percussion and features the most popular works from his solo recitals over the last few years.

Outside of the classical music scene, Dave has also had success in the recording studio with a duo of top dance music exponents. He has recorded tracks with international dance producer Darren Tate and is a regular collaborator with BBC Radio 1 DJ Judge Jules.

Dave has been using SABIAN cymbals for over ten years, officially signing as an artist in 2006. 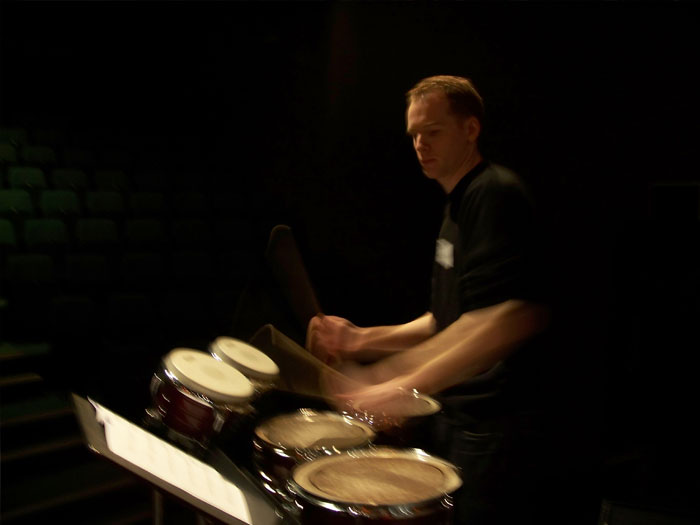