Fresh off a three-year run as a percussionist in the hit Broadway musical ‘In the Heights’, Doug Hinrichs remains an in-demand player in New York City, performing and recording with countless artists – most recently with Bobby McFerrin at Lincoln Center.

After studying at Berklee College of Music, Doug moved to the New York City area in 1997. He immediately became ubiquitous in R&B circles and the house/dance scene, recording and performing with Dennis Ferrer, Kerry Chandler, Jerome Sydenham, and Roger Sanchez, whose U.K. #1 hit ‘Another Chance’ included Doug’s percussion tracks. His grooves were also on Jennifer Delgado’s ‘What Is It (about you),’ which charted on Billboard’s top 40 dance songs.

Doug’s additional Broadway credits include ‘The Lion King,’ ‘Brooklyn,’ ‘Tarzan,’ and ‘Priscilla, Queen of the Desrt.’ In winter of 2011, he spent several weeks in Brazil, enjoying a total immersion study of Brazilian music. Doug did the same in Trinidad in 2008, studying the island’s native folkloric and Orisa music. He also studied gwoka music while living on the island of Guadeloupe in 2007.

In addition, Doug Hinrichs is also an inventor. He is the designer of Toca Percussion’s All-Natural Rawhide Shakers, and is the inventor of LP’s One-Handed Triangle, which won the 2010 MIPA (Music Industry Press Association) award for best percussion product. Doug is an LP, SABIAN, and Remo endorser. 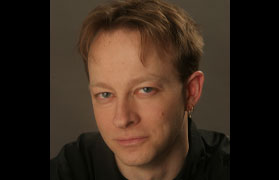