Dr. David P. Eyler has been the Director of Percussion Studies at Concordia College since the fall of 1987. He is director of The Concordia Percussion Ensemble and Marimba Choir. These two groups have released two compact discs: Wood, Metal, Skin and Christmas Favorites. Before being appointed to the first full-time percussion position at Concordia, Dr. Eyler served in the unique position of Tri-College Percussionist for the consortium of North Dakota State University, Minnesota State University Moorhead and Concordia College from 1987 to 2000. Dr. Eyler has a broad background in both public school and college teaching. He has directed elementary through high school concert and marching bands, university wind ensembles and orchestras, been acting director of percussion studies at Indiana University of Pennsylvania, and director of the Concordia College Jazz Ensemble.

As a professional performer, Dr. Eyler is Principal Timpanist of the Fargo-Moorhead Symphony Orchestra where he premiered and recorded the Concerto for Timpani and Orchestra that he commissioned of composer Russell Peterson. During his tenure with the FM Symphony, Eyler has also been featured as marimba soloist, has conducted the orchestra, served two consecutive terms on the Board of Trustees and chaired the Orchestra Committee. He has also been Principal Percussionist of the Baton Rouge Symphony Orchestra and the Baton Rouge Opera, and has performed with the Columbus (Ohio), Lake Charles, Rapides, and Potomac Symphony Orchestras.

Dr. Eyler has been active as a clinician and adjudicator for marching band festivals, all-state band and orchestra festivals as well as district and state solo and ensemble contests throughout the United States. Dr. Eyler earned his degrees from Louisiana State University, The Ohio State University and Frostburg State University, and attended the Peabody Conservatory of Music. He is also an Educational Clinician/Endorser for Mike Balter Mallets, Encore Mallets, Grover Pro-Percussion, Pro-Mark Sticks and Sabian Cymbals.

Dr. Eyler will host his 20th Day of Percussion on April 4, 2009. Previous events have been so successful that he has presented workshops at the Percussive Arts Society International Convention twice about organizing days of percussion and his clinic notes have been published by PAS. Ludwig Music, Music For Percussion, PerMus Publications, Pioneer Percussion, and the Musser Division of Selmer publish Dr. Eyler’s original compositions and arrangements. His articles have appeared in The Instrumentalist Magazine, Percussive Notes Magazine, and The Percussionist Journal. Dr. Eyler was previously a three-term member of the Board of Directors of the international Percussive Arts Society and currently serves as President of the Minnesota Chapter of PAS as well as being a member of the PAS Percussion Ensemble and College Pedagogy Committees. 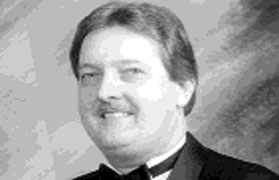