Dustin Steinke, drummer of Bleeker Ridge, is a talent to be reckoned with. Youth doesn’t always mean inexperienced. Dustin has proven that with his drumming ability, which arguably rivals some of our most famous seasoned drummers. Growing up in Orillia, Ontario, he started playing drums at the age of nine. It was then, he felt he knew without a doubt what he wanted to be when he grew up. Drum lessons followed. Once in high school, that is where his passion for performing and creating music flourished. At 15, he started going to Rock and Blues jam nights. It was there that Dustin and his brother Dan, met brothers Taylor and Cole Perkins. Bleeker Ridge was born. They haven’t looked back since. Seven years later, with their major label release, Small Town Dead, a top ten hit and another single currently climbing the charts, these boys are just getting things started. Dustin lists Shannon Larkin, Tommy Lee, Ray Luzier, and fellow Canadian Neil Peart among his influences. At 21, his live performance shows his true talent. With his passion and unique style, it’s not hard to see that Dustin is a drumming star on the rise.

BORN IN: Bracebridge, ON

LIVES IN: Orillia, ON 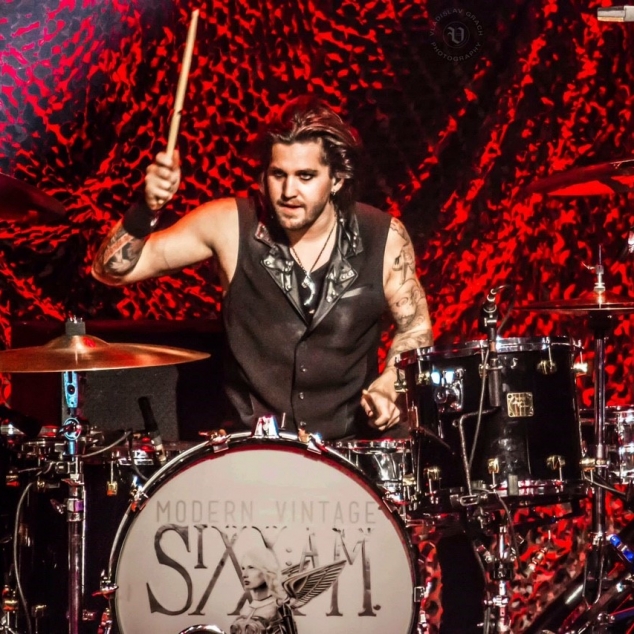