She is a lifer. It’s in her blood. As far back as her memory serves—and we’re going back to kindergarten at very least—Elie Bertrand has grasped the drumsticks. What’s more she’s grasped the bigger picture of how drums can transform a good song into a great one. For every bleached bold and proud move she makes, there’s history. The thread of time goes back to small-town Quebec, Canada where her parents infused her with music of all sorts.

Over the years, she’s performed with numerous artists all over. The rock ethic is undeniable. Sometimes it comes out with brute power, often with amazing intricacy. It’s somehow reminiscent of a tradition that dates back to the sixties/seventies LA-based studio band, the Wrecking Crew, a rock rhythm section that cut tracks with everybody you can imagine, from Barbara Streisand to Beach Boys, startling the shirt-and-tie legit studio players with their audacious approach. Elie lights up at the mention. 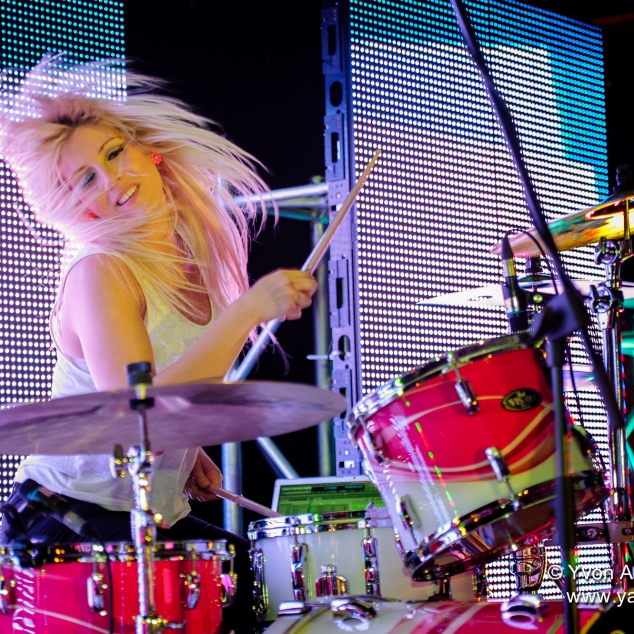 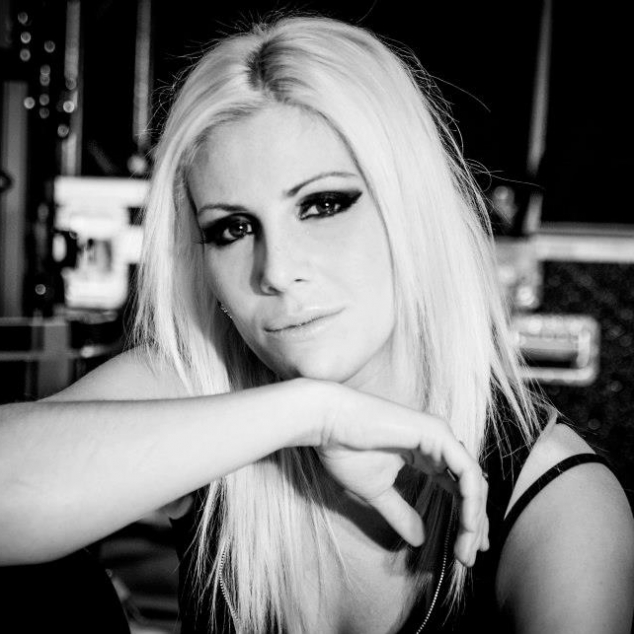