Elmo Lovano is a professional musician, musical director, producer, host and founder of Jammcard, the Music Professionals Network. He started touring at age 15 and has recorded and/or performed with Skrillex, Juliette Lewis, Miley Cyrus, Christina Perri, Kilo Kish, James Fauntleroy, Andrew Watt, Snoh Aalegra, Avril Lavigne, Paul Oakenfold and many more. His passion projects include Pluuto, Symphonic Circles, MYPET and Dirty Murdered Birds. Elmo endorses Sabian Cymbals, Remo Drumheads, Vic Firth Drumsticks, and Pearl Drums. He’s the host of the Vic Firth web series “VFJams Live” and the drummer for the Remo Colortone heads commercial. In 2008, Elmo created the weekly art and music event Camerata in Hollywood, which was a springboard for the careers of Young The Giant, Skrillex, Dead Sara, Rival Sons, the Growlers and more. Camerata ran for 200 straight weeks before concluding in December of 2010 when Elmo joined Christina Perri on her world tour. In February of 2017, Elmo released the Jammcard app. Forbes called Jammcard a “LinkedIn for musicians.” The Jammcard app won Best UI/UX at the Good Design USA Awards. Jammcard partnered with the GRAMMYs for Season 2 of its original web series “How I Got the Gig” (which Elmo hosts) and the app is listed first on The GRAMMYs 11 Music Apps Every Artists Needs. Jammcard is home to some of the top pro’s in music and has become the digital backbone for the music industry.

FAVORITE ALBUM YOU PLAYED ON: “The Familiars”, Symphonic Circles

FAVORITE ALBUM YOU DIDN’T PLAY ON: “In the Court of the Crimson King”, King Crimson 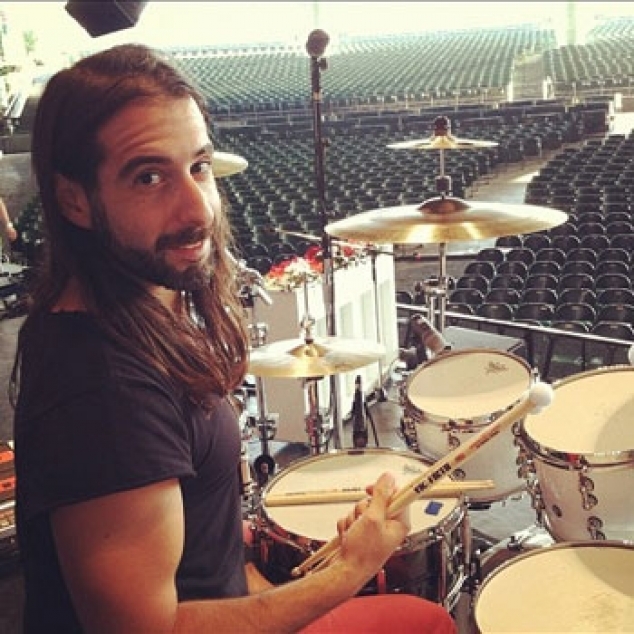