At Olivet Nazarene University in Bourbonnais, IL, Dr. Hines teaches Applied Percussion while co-directing  Percussion Ensemble, World Percussion Ensemble, and Marching Percussion. Eric is also a core faculty member of The People’s Music School in Chicago, where he directs the Spark Wind Ensemble while teaching Applied Percussion and Music Theory. Hines is the former percussion instructor for the Tucson Symphony Women’s Association, Tucson Academy of Music and Dance, and the Artistry Academy Music and Art. From 2008-2012, Eric served as Graduate Teaching Assistant and Director of Steel Bands at the UA School of Music where he completed his DMA in Percussion Performance. From 2004-2008 Hines served as Associate Director of Bands at Los Fresnos High School in south TX. He holds a DMA and MM from the University of Arizona, where he studied under Norman Weinberg, and a BME from the University of Illinois Champaign/Urbana, where he studied under William Moersch and Ricardo Flores. Eric has also studied with Kimberly Toscano (timpani), Cliff Berrien (Brazilian Percussion), and Rubén Alvarez (Timbales). 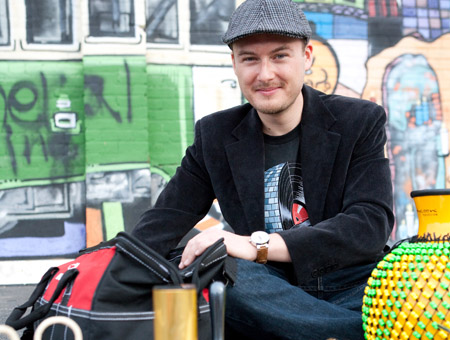