Born in Brooklyn, New York, Eric Hernandez is the son of Brooklyn native Pete Hernandez, percussionist for Love & Money and Cecilio & Kapono. Eric began drumming at the tender age of 4, and began playing professionally in Hawaii at the age of 10. He played 6 nights a week for 8 years with “The Lovenote Show” a Variety program that paid tribute to the music of the 50’s, 60’s and 70’s. It was this unrelenting schedule that bred consistency in his playing and made him a master of all styles: soul, funk, reggae, rock and everything in between.

Eric quickly gained notoriety for his talent on the drums and became one of Hawaii’s most sought after drummers. In the summer of 1995 he took his talent to Hollywood, California, joining RCA recording artists “Louie Says” as a session and touring drummer. Throughout the years eric has continued to play live and session work for a number of artists like Menudo, Travie Mc Coy and the Platinum producing team called “The Smeezingtons.” 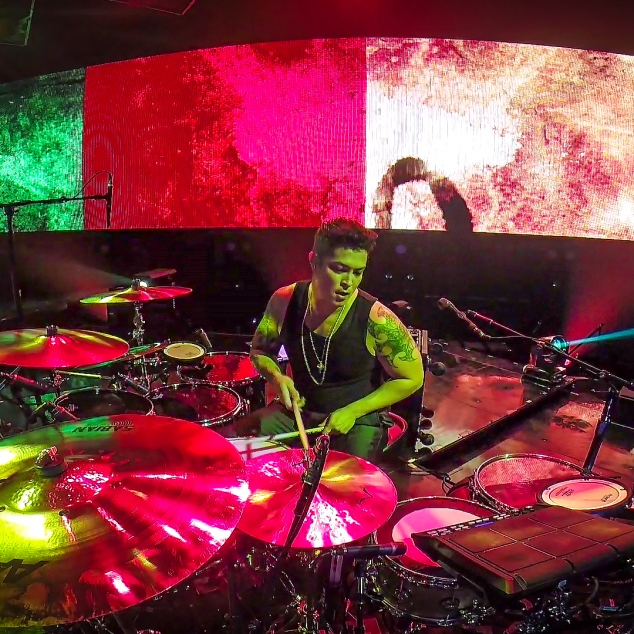