BORN IN:
Portland, ME

LIVES IN:
Nashville, TN a

While Garrett Goodwin began his career playing in the backdrop of worship movements across the country (Zoegirl, Jeff Deyo of Sonicflood, Lindell Cooley, two-time Dove Award winner By The Tree), he has since transitioned fluidly through the musical world. Most recently, Garrett has spent the last eight years as the drummer for Carrie Underwood. He’s also performed live with Lindsey Buckingham of Fleetwood Mac and Steven Tyler of Aerosmith; on Saturday Night Live, Jimmy Fallon, The Grammy Awards, The American Music Awards, The People’s Choice Awards, Billboard Awards, among others.

Garrett resides in Nashville, Tennessee, where you’ll see him co-leading KMLM.org, a non-profit organization with the mission of sending bags that give hope to children in need. For every bag purchased, another bag full of educational materials is sent to a child.

Throughout his career, Garrett has played for over 1 million people… for each tour he’s been on, and was named #1 up and coming drummer in Modern Drummer Magazine. All this, and he’s just getting started. 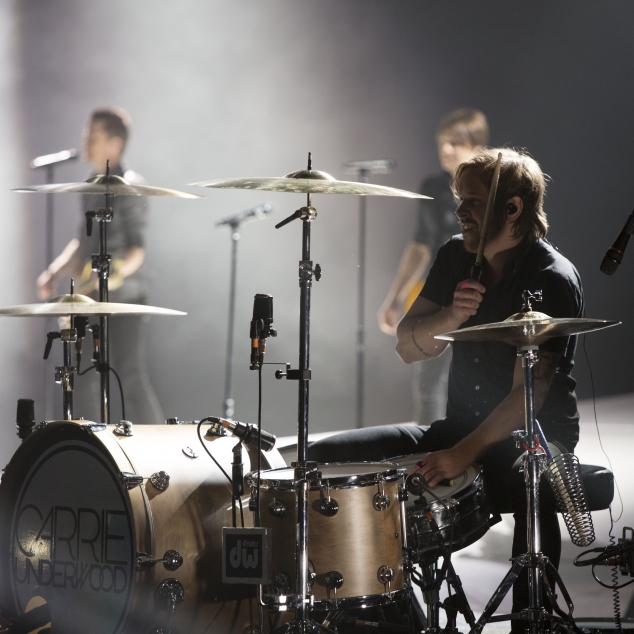