Herman Matthews began playing drums at the age of seven and has been the backbone of world-class pop, rock, jazz, soul, R&B and funk bands for nearly thirty years. At age eleven he played in his uncle’s blues organ trio, which laid the groundwork, discipline, and training for working with such acts as Kenny Loggins, Richard Marx, and Tower Of Power. Herman’s ability to stop, look, and listen has put him in demand with artists around the world.

Born and raised in Houston, Texas, Herman headed west to Los Angeles in 1988. His first major professional tour was with jazz recording artist Kirk Whalum. His other touring and recording credits include Bob James, Stevie Wonder, The Isley Brothers, Expose, Angie and Debbie Winans, Rebekah, Meredith Brooks, Kina, George Duke, Teresa James & The Rhythm Tramps, Tiffany, and Everette Harp to name a handful. Herman has also had the pleasure of recording two CDs with the bad boys of funk: Tower Of Power.

Herman has been involved with and has helped start many bands, including: Ace Boone Coon, Big Pygmies, Doc Huck-A-Buck and is completing his much awaited debut CD Home At Last. 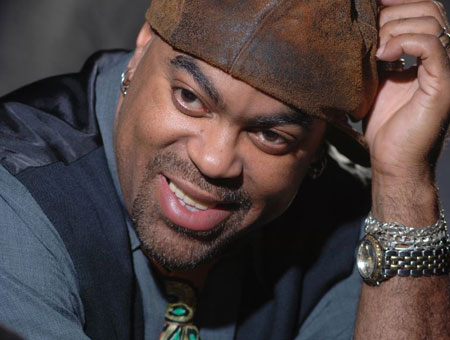