From 1980 to 1983 he began to study drums at a music school in Turin, birthplace of Ignazio.

From 1983 to 1985 has had the first musical experiences with some local groups.

In 1985, being originally from Sicily, he moved to Palermo, where he had the opportunity to play for different groups at the same time.

In 1986 he continued his studies of drums with Sebastiano Alioto for about a year.

In 1990 he left for the United States for a tour of Italian pop music organized in New York, performing with the MGM Band. A wonderful experience that leads even further Ignazio to undertake in the study of drums.

From 1990 to 1996 he performed in many concerts with the “Afra”, the “Kaloria”, the “Castore e Polluce”, etc. In 1996 he has known Franco Rossi, great musician and one of the greatest drum teachers on international level and with him, Ignazio followed courses of the Drum School “Accademia Musica Moderna” in Milan, where he graduated and specialized in Latin-Funk style. Still in Milan, he participated in many seminars, courses, workshops with the greatest artists of the world such as Dom Famularo, Skip Hadden (teacher of the Berklee College Of Music), Horacio Hernandez, Dave Weckl, Mike Mangini, David Garibaldi (Tower of Power, came to Palermo for a clinic and with whom has a good friendship), Virgil Donati, etc. In this way he has the opportunity to deepen different methods and styles of drum kit.

In 1999, Franco Rossi noting the remarkable teaching and musical skills of Ignazio, suggests to open an Headquarters of “Accademia Musica Moderna” in Palermo. The passion and the desire of Ignazio to convey as much as possible his knowledge to his students, he will soon become an educational reference for all sicilian drummers who come for the first time to the study of the drums and for all those who already play, a source to further enrich their culture. To name a few: Leonardo Brucculeri, Enrico Bizzotto, Antonio Corio, Antonino Lala, Giovanni Giardina, Marco Capodici, Claudio Madelio, Andrea Chentrens, Marcangelo Musotto, Mauro Mirabile, Tommaso Carollo, Antonio Amato, Francesco Chiavetta, Attinasi Giuseppe, Roberto Gullo, Emanuele Rinella, Francesco De Simone, Sebastiano Valenza, Giuseppe Alfano, Antonio Demma, Vincenzo Cuticchia, Mattia La Mantia, Salvo Turdo and many others.

The work as a session musician and teaching becomes more frenetic and challenging and the rewards are soon followed. He plays on tour with the jazz trio formed by Stefano Basile and Maurizio Cavallaro; in the same period is on tour with “Jo Rizzo band” together with musicians such as Alex Argento, Marco D’Arpa, Alessandro Criscino, David Puccio, Marco Trapani, Maurizio Cavallaro.

In 2001 he became “Acustica” Endorser, a prestigious musical instruments store in Naples. In the same year he participated in the International Music Campus in Taormina, together his teacher Franco Rossi.

In 2002 he organized a seminar at his Drum School with Franco Rossi e Liano Chiappa (Sarabanda) with whom he performed in an incredible musical trio. The teaching activity, meantime becoming increasingly important and full of great satisfactions.

In 2004 he organized the Dom Famularo’s Clinic (one of the greatest drummers in the world and charismatic personality). The event takes place at “Teatro Don Orione” of Palermo in partnership with the musical instruments store “Tuttomusica”. Ignazio has opened clinics in a trio with Filippo Rizzo (bass) and Gino De Vita (guitar).

In 2005 he became Pearl and Sabian endorser and worked in the studio for Rino Martinez and he is in concert with the “Seventy Funk Band” with  con Marco D’Arpa, Patrizia Schiera, Fabio Gandolfo, Tony Vella.

In the same year he played with the “Giuseppe Ciprì Orchestra” and collaborated with Saro Agati’s recording studio “Studio Mixer” in Palermo for the realization of various projects.

In 2006 Ignazio is involved in the organization of Carl Verheyen’s Clinic, one of the largest and most versatile international guitarists (Supertramp) and with whom he performs in concert.

In January of 2007 he performed with the “Funky-Soul Band” on the occasion of World Day for Unicef. In the same year, Ignazio becomes Evans and Vic Firth Endorser.

In June of 2007 he presented at the store “Tuttomusica” innovative ergonomic set, enthusing all participants. In the same month held various Clinic for all over Sicily.

In August of 2007 he performed with “The Genius Blues Band” for the closing night of Castelbuono Jazz Festival, where he has the pleasure of accompanying the great singer Eleonora Palermo Militello. The same show is once again in September in the square of Villafrati (PA). In same month 2007, he organized the 4th edition of the Summer Stage  with the participation of Franco Rossi and other artists, such as: Filippo Rizzo, Gino De Vita, Rosanna Cipolla (voice). The event was sponsored by the Sicilian Region.

In January of 2008, he organized Drum Winter Stage with Franco Rossi and the support of the Sicilian Region. Still in 2008, Ignazio has opened two other branches of the Academy in Racalmuto and Sambuca di Sicilia (Ag). In August of the same year, he organized the 5th edition of the Summer Stage that took place at the town of Sambuca di Sicilia with the following artists: Drum: Ignazio Di Fresco with Franco Rossi, Furio Chirico and Sergio Bellotti (Berklee College); Guitar: Donato Begotti, Luca Pasqua and Francesco Sampino; Bass: George Terenziani; Singer: Paola Milzani, Rosanna Cipolla and Eleonora Militello.

In May of 2009 he had the chance to organize the only Sicilian Clinic by Virgil Donati, with whom he has begun a learning path. In June of the same year, he organized the 6th edition of the Summer Stage and also inaugurated the drums’ courses at the new location of the “Accademia Musica Moderna” in Catania; meanwhile, Ignazio became the drummer of  “The Genius Blues Band”; in addition to being the drummer is also the artistic director of this band, that will accompany in the sicilian tour the great Daniela Pedali, one of the most beautiful voices on the international scene (she performed at “Sanremo Festival” with the song “Vorrei”),  in which he recorded the drums in her latest album. In the same year, he begins a new partnership with Maestro Angelo Valsiglio (producer of Laura Pausini, E. Ramazzotti etc …).

In 2010, working at his funk – fusion project and at the same time is used to the realization of the 7th edition of the Summer Stage, an event that will repeat every year and now in its 10th edition, with the educational exchange between musicians such as: Franco Rossi, Francesco Sampino, Placido Amato, Anna Maria Mandalà, Paola Di Giovanni, Michele Taormina, Filippo Verna.

In 2011, for Ignazio comes another satisfaction, demonstrating the efficient methodology used by “Accademia Musica Moderna”, opening a new office in Corleone (PA)

In 2012 he performed at the village of Santa Flavia (PA) with the “AMM National Band”. For this occasion Ignazio decides to exhibit some of his students with the Drum & Percussion to give them the opportunity to play in front of an audience of 15,000 people. Experience that proves to be very successful.

In the same year the “AMM National Band” plays in concert for the “White Night” in Palermo at the Ninni Cassarà park.

In 2012, organizes the event of Christmas “Rhythms And Songs For Christmas” at “Hotel San Paolo” in Palermo with the “AMM National Band”.

In 2013, Ignazio after an intensive study path, he graduated at the prestigious University of West London: London College of Music, with the 8th grade (maximum level) through the examination in Milan, in front of a Commissioner of the Ministry of Education of London and orchestra conductor, Phillip Aldred, thus expanding his educational and musical baggage.

Ignazio is currently enabled for the preparation of his students for the examinations of the University of West London’s International Course Of Drums.

In July of the same year, he organized the 11th edition of the Summer Stage at “Baglio Basile” in Marsala (TP).

The last December 21, he organizes the 3rd edition of “The Rhythms And Songs For Christmas,” the biggest concert of Christmas ever made in Palermo at the “Teatro Golden”, where he performs together with the teachers of the Academy, with great success to critics and audiences (the theater was sold out)

Since 2000 he holds the position of School Director of the “Accademia Musica Moderna – National School” for Sicily. 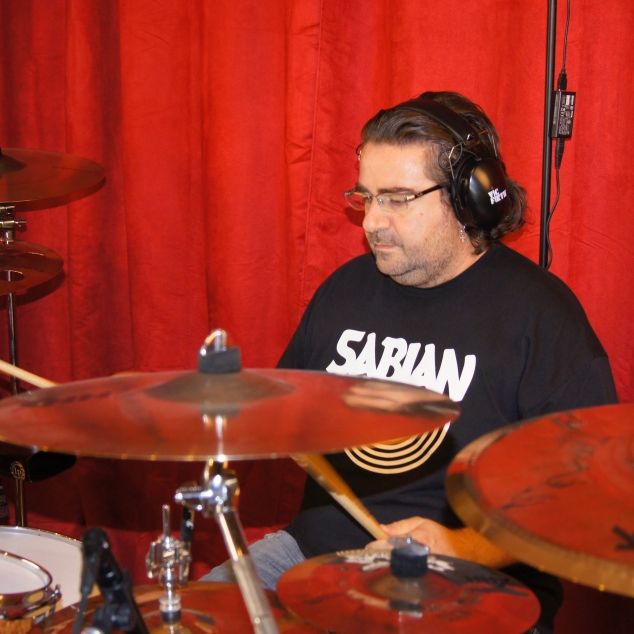 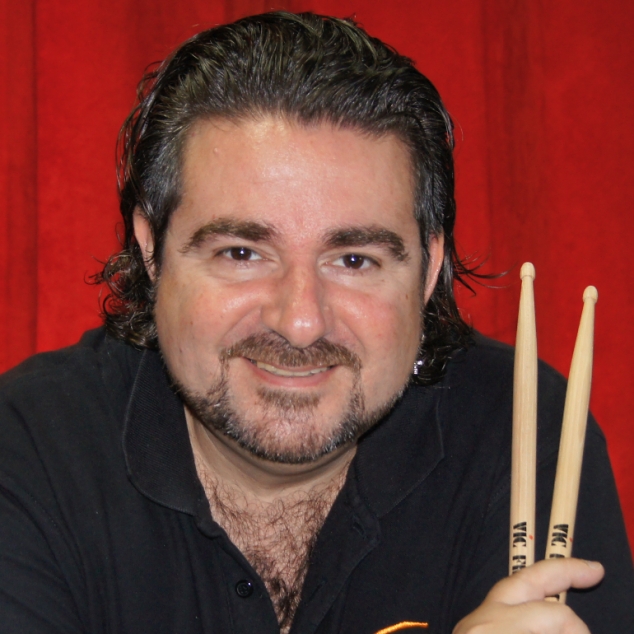