Jae Sinnett is a musical visionary and a man of extraordinary talent.  He is a consummate drummer, composer, and band leader who has produced 13 recordings – the first of which was released in 1986.  His most recent recording – Subject To Change – was released in August 2014.  It had the highest debut on the JazzWeek Radio Charts.

Jae has written over 150 compositions.  He has also scored music for five documentaries – one of which – John Biggers: Stories of Illumination – was aired on PBS.  Jae’s dream of having his trio perform with a symphony orchestra the was realized on Oct. 10, 2014 with The Virginia Symphony Orchestra. The performance was met with outstanding reviews.

Jae’s other professional life places him at the beginning of his 25th year as jazz producer/host for NPR affiliate WHRV-FM 89.5 in Norfolk, VA. Jae hosts the popular jazz show Sinnett in Session Monday through Thursday evenings from 9 pm to 1 am and Sunday afternoons from 1-5 pm.  He also hosts The R&B Chronicles, heard Friday evenings at 7 pm.  Both shows can be heard on demand.

In 1998, he was nominated for the Gavin Jazz Programmer of the Year award by his peers in the industry. As a jazz educator, Jae taught history, theory and percussion at the Governor’s school for the Arts in Norfolk, VA for 10 years.  He also directed the GSA Big Band and Jazz Combos. He was adjunct drum set and jazz ensemble instructor at Christopher Newport University in Newport News, VA for four years. Jae attended Norfolk State and Old Dominion Universities as a music education major.  His instruments of choice are the Sonor Steve Smith 30th Anniversary set and the Sonor Designer and Delite Series Drums and Sabian Cymbals.  He is a veteran clinician and educator.

CAREER HIGHLIGHT: Having my music performed by and with the Virginia Symphony Orchestra 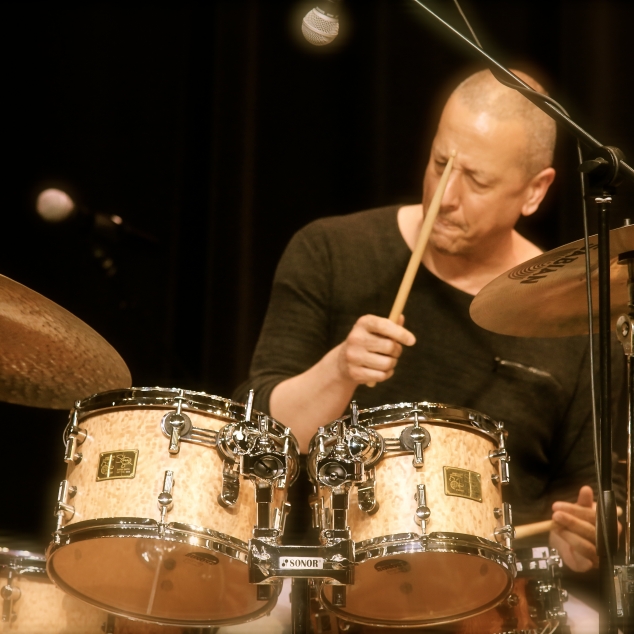