Jason Baker serves as Director of Percussion Studies and Assistant Professor of Music at Mississippi State University. He holds degrees from the University of North Texas, New England Conservatory of Music and the University of Connecticut. Dr. Baker has been published in Percussive Notes, with solo compositions and ensemble arrangements published by Drop6 and Tap Space Publications. He published his first book, “15 Progressive Snare Drum Solos: A Pedagogical Approach to Repertoire”, with Drop6 in 2010. Jason’s debut solo CD, “The Noble Snare”, was released in 2005 with 11 West Records/Smith Publications. He also serves as a music and publications reviewer for Percussive Notes. Jason was a performing member with the Glassmen, Boston Crusaders and Connecticut Hurricanes Drum and Bugle Corps and later served on the instructional staff of the Boston Crusaders. He is proud to be an artist for the Yamaha Corporation of America, Innovative Percussion, Remo Inc., SABIAN cymbals, and is President of the Mississippi Chapter of the Percussive Arts 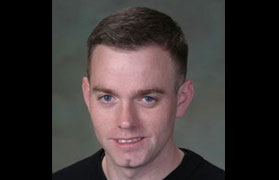