Jason Niehoff is currently an active soloist and freelancer in the Washington, D.C. area.

As an orchestral musician Jason has performed with the St. Louis Symphony Orchestra, Philharmonic of the Americas, Opera Theatre of St. Louis, Washington Concert Opera, Fairfax Symphony, Choral Arts Society of Washington, Cathedral Chorus Society at venues including Carnegie Hall, Powell Hall, The Kennedy Center and Washington National Cathedral. He has worked under many influential conductors including Pierre Boulez, David Robertson, Kurt Masur, and Gunther Schuller. As a chamber musician Jason is a founding member of The Humours New Music Ensemble and the Vanguard Suspension, both of which have toured and given performances across the country.

Jason earned a Bachelor’s degree in Classical Percussion and a Master’s degree in Orchestral Performance in 2006, both from the Manhattan School of Music. He has served as a percussion coach and clinician for high schools and colleges in St. Louis and the Washington, D.C. area and has participated in educational programs for the New York Philharmonic and St. Louis Symphony.

Jason can be heard on Mario Davidovsky’s Synchronisms No. 5, Robert Wards opera Roman Fever and can be seen on the HBO special We Are One recorded on the steps of the Lincoln Memorial.

Jason currently resides in Washington, D.C. with his wife Rachel and spends most summers on faculty as an orchestral coach at the MasterWorks Festival in Winona Lake, Indiana. 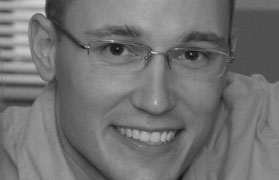