Jéan “Boomer” Grenier started playing the drums at nine years old. While seeing KISS on the Paul Lynde Halloween special in 1976, he decided that’s what he wanted to do and hasn’t looked back since. He has been the direct support act for rock legends : Judas Priest, Scorpions, Vince Neil (Motley Crue), Jethro Tull and Peter Frampton to name a few. Boomer was a member and has toured with The Hounds Of Hasselvander (Featuring Joe Hasselvander, drummer for RAVEN on guitar) for a few years as well. He keeps busy constantly writing and recording new music with BOTTOMS UP. Catch him out the road touring with BOTTOMS UP, SCARAB and whatever other bands or projects come his way.

FAVORITE ALBUM YOU PLAYED ON: BOTTOMS UP, “Shelter From The Storm”

CAREER HIGHLIGHT: Supporting JUDAS PRIEST on their “British Steel” 25th Anniversary tour and SCORPIONS on their “Last Sting” Farewell Tour with BOTTOMS UP 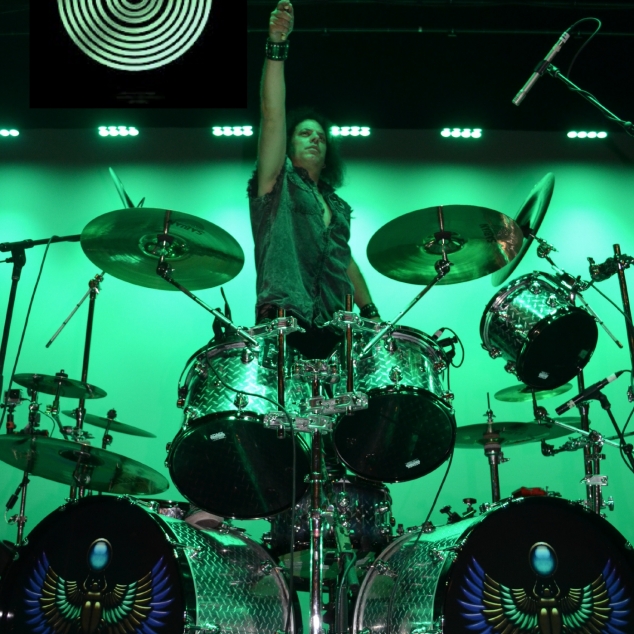