Jeremy Hummel is a professional drummer and instructor. He is also a clinician, studio musician and columnist for Modern Drummer Magazine. Jeremy’s most popular recorded works came with platinum-selling artists Breaking Benjamin. He was a co-founding member of the group and played on the band’s first two records, “Saturate” and “We Are Not Alone.” During his tenure the band scored two #1 hits in the Active Rock Format with “So Cold” and “Sooner or Later.” Jeremy is a popular instructor and clinician due to his musical concepts in a practical world. His lessons are often fun and sometimes unorthodox.

Jeremy began playing at the age of three and got his first drum kit on his fifth birthday. Jeremy was surrounded by music practically since birth as his father, Vaughn, is a guitarist. “I used to love going to my dad’s band rehearsal. I thought it was the coolest thing and realized at a very early age that music was what I wanted to do with my life.” In addition to his father’s influence, Jeremy was also drawn to the larger-than-life theatrics of KISS. “I was just in awe of them,” Jeremy recalls. “My mom and dad would wake me up after I went to bed whenever they were on TV.”

During his formative years, Jeremy played in a band called “Lightning” with his cousin Adam handling the guitar duties. Ironically enough, it was Adam who led Jeremy to the drums – although not intentionally. When Jeremy was very young, he attended a birthday party for Adam. One of Adam’s gifts was a toy drum. As the family took turns passing the gifts, the drum came to Jeremy and the rest is history.

Throughout his early to mid-teens, Jeremy continued to play with Adam and also practiced on his own. He would often work on coming up with original beats or playing along to his favorite records. Def Leppard’s “Pyromania” album was a staple back then.
Over the years, Jeremy spent time in a variety of bands ranging everywhere from blues and jazz to reggae and funk. Jeremy also spent time in a 50s-60s era theme band. 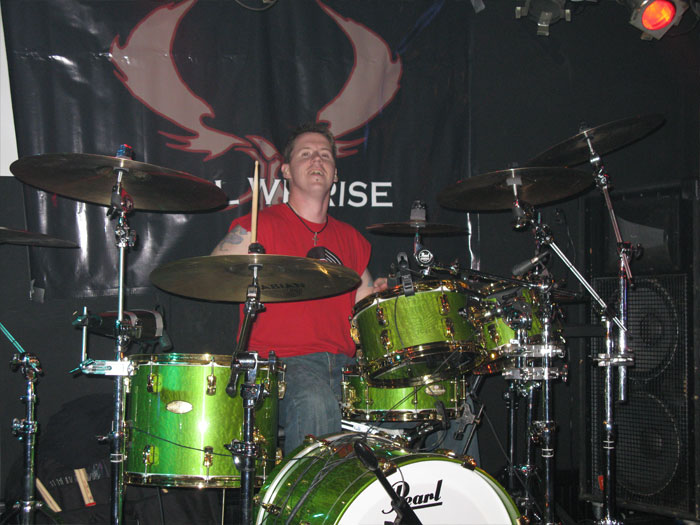 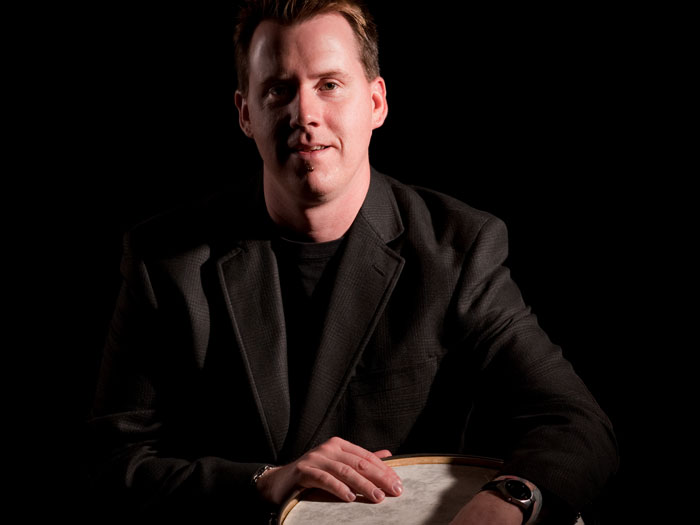 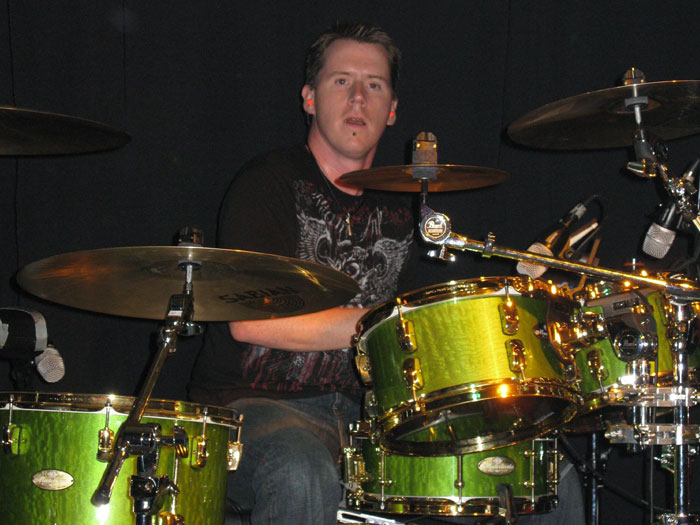