John Abraham is a graduate of West Virginia University and has spent the last 25 years playing Las Vegas showrooms as both drummer and percussionist for production shows and star acts. He has spent the last 10 years working as drummer for the Cirque du Soleil productions of “Mystere” and “O”. As a prominent member of the Las Vegas jazz community, he has worked backing artists such as Cedar Walton, Alan Broadbent, Don Menza, Ricky Woodard and Carl Saunders. He was also affiliated with the nationally syndicated radio broadcasts of “Jazz Night at the Four Queens”, performing with such notables as Bill Watrous, Pete Christlieb, Joe Williams, Marlena Shaw, and Kenny Burrel and many others. As a member of the jazz faculty at the University of Nevada Las Vegas, John was the drum set instructor and performed with Bob Sheppard, Bobby Shew, Dave Loeb, and Tom Warrington. 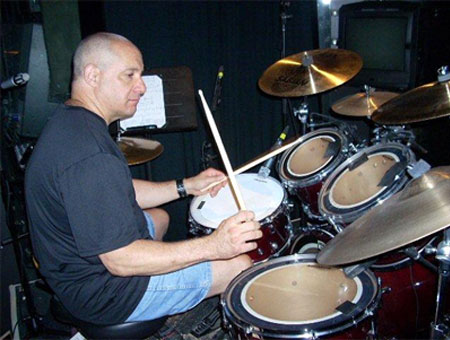