John Rozum is an independent, free-lance jazz drummer who has performed with several big bands and combos throughout the northeast US. He has been playing and teaching professionally for 41 years, placing many students in junior and senior county, district, regional and state band and orchestra, as well as many of the top DCA and DCI drum and bugle corps throughout the country. He has instructed over 40 percussion lines for drum corps and marching bands, and arranged over 700 street beats, solos, interludes and percussion scores for marching band, concert band, jazz band, steel band and drum and bugle corps.

John has performed with the Reading Pops, the Reading Philharmonic Orchestra and was the percussionist for over 40 Reading Civic Broadway Musicals. He has been on the road with the Hamid-Morton Shrine circus from Massachusettes and the Garden Brothers circus from Toronto Canada and has backed up such celebrities as Helen O’Connell, Dick Shawn, Phyllis Mcquire, Jack Carter, Myron Floren, Al Cohn, ( Woody Herman ) Richie Cole, ( Buddy Rich ) Johnny Petillo ( The Duprees ) Gerald Veasley and the Day Brothers. He has performed and adjudicated with former members of the Buddy Rich, Woody Herman, Maynard Ferguson, Glenn Miller, Harry James and Tommy Dorsey orchestras as well as Jim Snidero, Chris Vadala, Dave Llama, Dennis DiBlasio, Dave Stahl, Matt Neiss, Bob Curnow and Larry Kershner.

John is a member of the Percussive Arts Society and has been listed in the International Drum Teachers Guide for Modern Drummer magazine. He is on staff as a percussion arranger for the periodical, “The International Association of Rudimental Percussionists” and is the three time Drum Corps Associates drum set champion.

Currently, John is playing with Gamut, a 5 piece Jazz Ensemble, The Last Big Band, the Bone Tom Dixieland Jazz Band, Fancy Brass and is the drum set player for the Swing House Jazz Drum and Bugle Corps out of Carney’s Point New Jersey. 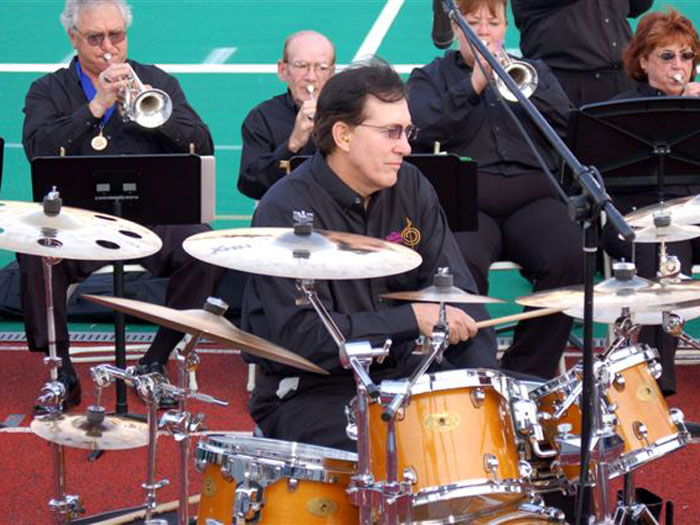 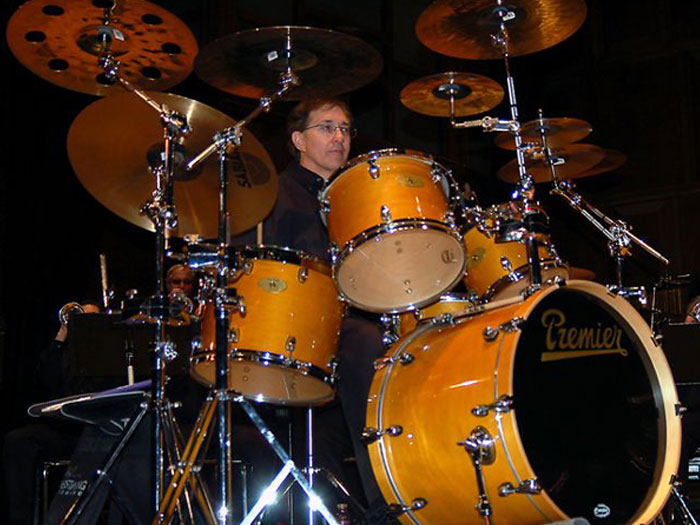 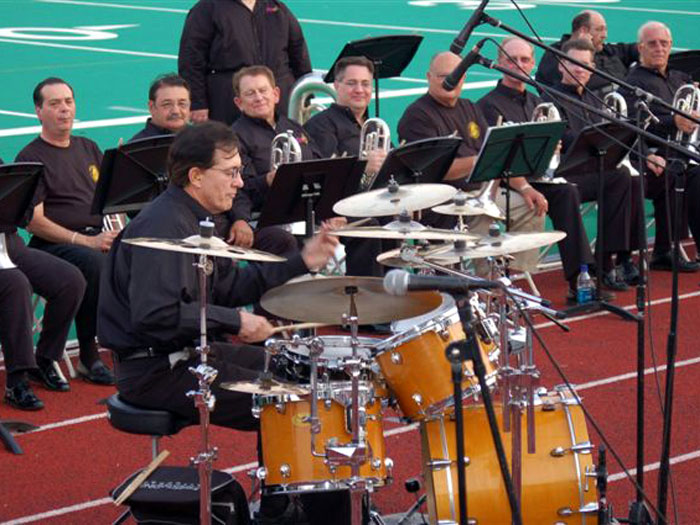