At 16, John (Johnny Bee) Badanjek (pronounced:buh-DAN-jek) was the drummer for the Motor City’s premier rock and roll band, Mitch Ryder & The Detroit Wheels. There he hammered out one of the three greatest drum breaks in the history of rock, according to Rolling Stone Magazine (On “Devil With A Blue Dress”).

After the group disbanded in 1967, “Bee” toured and recorded with Edgar Winter, Alice Cooper, Dr. John, Bob Seger, Ronnie Montrose, Nils Lofgren and others, providing the backbeat for some of rock’s legendary tracks.

Johnny BeeBut Johnny Bee’s preeminent position in the nation’s hard rock hall-of-fame was not won with sticks alone — in 1972, he co-founded The Rockets as a showcase for his songwriting skills. He served in a dual role as drummer/lead vocalist until 1976 — when they opted for a bluesier voice.

Bee’s songs launched the group into national prominence, and proved his ability to score consistently on the nation’s pop music charts (“Can’t Sleep”, “Turn Up the Radio”,”Takin’ It Back”).

In 1992, Bee toured Europe with Nils Lofgren and drummed on Nil’s Rykodisc release, The Crooked Line. Bee recently toured and recorded with The Romantics and is spending much of his time working with The Howling Diablo’s, The Michael Katon Band and Ted Nugent. 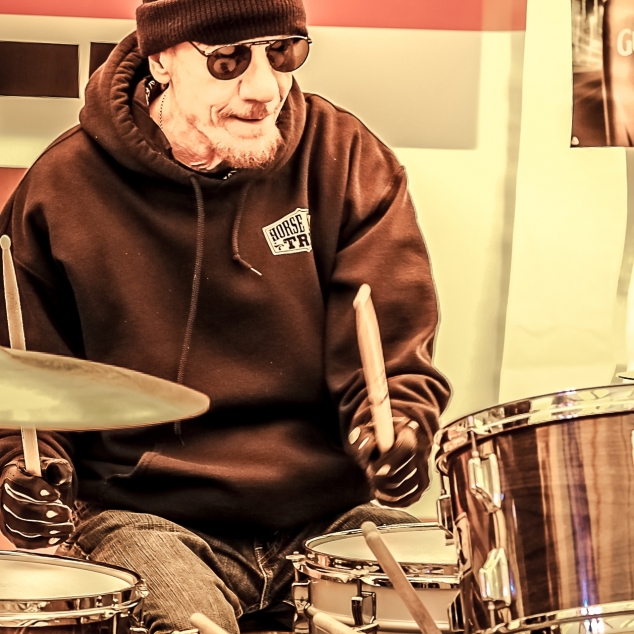