Jordan Richardson began his dynamic and diverse drumming life at the young age of 3. In lieu of bedtime stories his father would give him a nightly drum lesson which introduced Jordan to various styles and stickings. Mirroring his father’s lead, Jordan would repeat the lines, often times with opposite stickings, which would eventually lead to his own unique style. Stemming from a musical background Jordan fell in love with the styles of every drummer imaginable. From the hard swing of Tony Williams and intense soul of James Gadson to the swing conscience rock of John Bonham and foot pounding pocket of J.R. Robinson, Jordan’s influences run the gambit of popular music’s finest stickmen with always the focus on body-moving groove being the common thread.

Jordan studied jazz at Texas Christian University under Joey Carter and simultaneously toured North America with many different Texas based indie rock bands. In 2005, he made the move to Los Angeles, becoming one of the top call session drummers in short time. He was asked to join Ben Harper’s new rock outfit, RELENTLESS7 in the summer of 2008. The band’s debut record, “White Lies For Dark Times” will be released on May 5, 2009 (Capitol Music Group). Be sure to catch him on the road for most of 2009 with R7. When not on the road, Jordan plays, produces and engineers at his home studio, and when on the road, Jordan enjoys all varieties of turkey sandwiches. 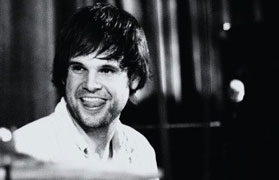