Los Angeles-based drummer/composer José “Gurri” Gurría, holds a BM from Berklee College of Music, an MM in Jazz Studies, and a DMA in Music Education, Music Theory and Classical Composition from the Thornton School of Music at the University of Southern California (USC) where he studied drums with Peter Erskine, and composition with Vince Mendoza, Bob Mintzer, Chris Roze, Veronika Krausas, John Clayton, and Morten Lauridsen.

José’s main project is Gurrisonic Orchestra, a 22-piece chamber ensemble that brings together some of the most creative and innovative improvisers in Los Angeles. Gurrisonic Orchestra performs genre-bending original music, pushing the boundaries of instrumentation and style with a mix of spoken word, poetry, and multi-media, framed by through-composed orchestral landscapes with tinges of avant-garde, jazz, and classical contemporary music.

Gurría has recently been recognized as a composer/arranger “of note”, by the Jazz Education Network (JEN) for the year 2013.

José Gurría is an adjunct professor at the Facultad Nacional de Música-UNAM in México City, teaching a graduate-level music theory and composition seminar. He also runs a private studio of composition for advanced composers from all over the world.

There are many ways one can listen to the self-titled debut recording from José Gurría’s Gurrisonic Orchestra, but casually is not one of them. This is music that demands your undivided attention; its generous spirit of sound envelops you, seduces you and electrifies you. It bathes you in vivid, dynamic splashes of color and texture and traverses many dispositions and emotions, from raucous, cacophonic eruptions to calming caresses. It’s not merely involving, but virtually exhausting in its embracement of the listener’s senses. This is not music to be played once or twice and filed away, as each new exposure to it reveals greater, hitherto concealed depths and layers. Surrender to it; you won’t regret it for a moment.

Everything about Gurrisonic Orchestra exudes majesty. Even at its most minimal, José Gurría’s compositions and the musicians’ immaculate execution of the countless twists and leaps, lulls and bursts project a certain indefinable eminence. Of course, a 22-piece orchestra will naturally tend to use up more airspace than a smaller ensemble but, as Gurría—who serves not only as composer but also arranger, orchestrator, director of the orchestra and, of course, powerhouse drummer—puts it, it’s an “organic” and “otherworldly” work, deliberately designed to showcase each member’s artistry to the fullest. “The listener will hear the entire ensemble’s facility with improvisation and experimentalism while simultaneously navigating every detail of the score that was written specifically for each player,” Gurría says. “I enjoy pushing the players to a point where they didn’t know they could go, and this creates excitement among them as well. There’s a challenge going on: the symbiotic power of the interpreter to the composer; it transcends style so that each and every listener can feel the intimacy and relate to this very personal music.”

Exciting, blissful, brilliant, life-altering: That’s a lot of adjectives to throw around, but they all ring true. And as you absorb this music, many more will come to mind; in fact, an entire range of emotions and sensations may just wash over you. And at some point, whether at the very beginning or deep into the experience, you realize that, for all of its complexity, for all of its many nuances, there is also a surprising, welcoming accessibility to the sounds produced by Gurrisonic Orchestra. These musicians, as they go through their paces, exude an enormous amount of warmth, inviting you without hesitation to join them on their thrilling ride. You’ll want to accept that invitation—again and again. 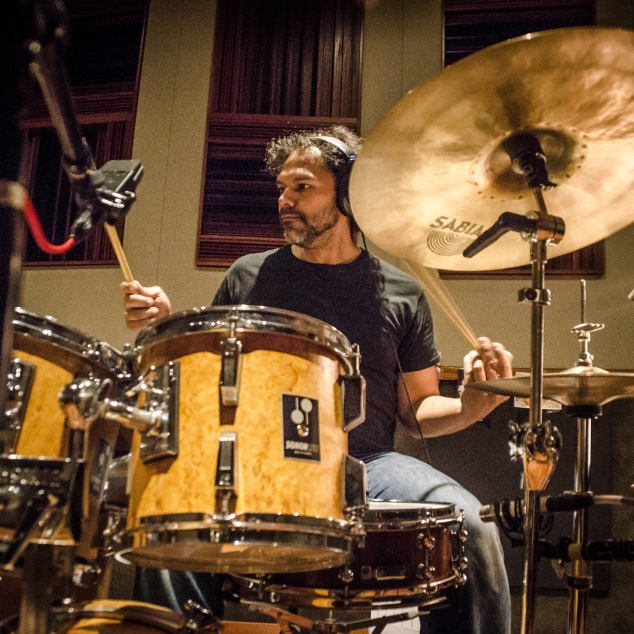