JULIAN PAVONE is a prodigy drummer. He became a member of the Cleveland Cavaliers’ Drumline at age 15 months. At 20 months, he recorded a CD with legendary bassist Ralphe Armstrong. He currently plays a 22-piece custom double bass drum set plus 20 cymbals. He holds the Guinness World Record as “the youngest professional drummer” effective when he was 4 years, 10 months and 15 days old! He is also known as “The World’s Youngest Inventor!”, receiving a patent for Abracadabra Stain Cover-up applicator at age 4. At age 7, he received a second patent for Julian’s Drum Gloves. He has made 300+ appearances on television and news shows, including “The Tonight Show with Jay Leno”, “The Oprah Winfrey Show” (twice), “Good Morning America”, “The Maury Show”,”Martha Stewart”, and “Inside Edition”. 50,000+ newspaper and magazine articles have been published about him worldwide. 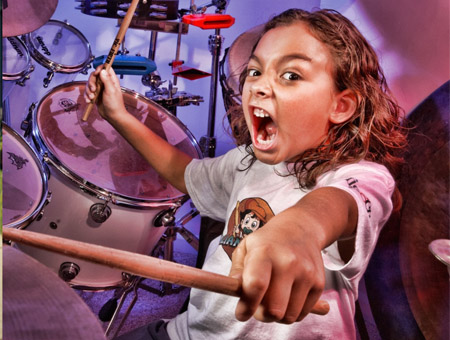