Justin Truitt –‐ An accomplished arranger, composer, clinician, drummer/percussionist, and educator in Las Vegas who has been playing since the age of three. Justin has had the opportunity to play with many musicians and has performed all around the country and Mexico. Justin has received two Bachelors degrees from UNLV with emphasis in Music Education and Percussion Performance. In 2009 he completed his Masters of Music degree in Percussion Performance (UNLV).

As a performer, Justin has excelled in the World of Drum and Bugle Corps, having marched with the Phantom Legion in 1999 and the Phantom Regiment in 2002. That same year he became a World Champion percussionist, by winning Drum Corps International’s Individual Solo and Ensemble competition for his original composition, “Dream Wave”. Since that time Justin has appeared in Modern Drummer Magazine and Percussive Note for his contributions to percussion. Justin has also had a successful career as a drum set player and percussionist on the Las Vegas Strip and on the west coast. In addition, Justin has begun recording as a session drummer in Las Vegas.

As an educator, Justin was the Assistant Director/ Front Ensemble Specialist of the Vegas Vanguard Independent Drumline (now Vegas Vanguard Percussion Theater) from 2004–‐2008. Justin formally served as the Director of Bands, Guitar and Percussion at Spring Valley High School which has received excellent and superior ratings every year of Truitt’s tenure (2004–‐ 2013). Justin is currently the Director of Orchestras at Lied Middle School as well as the Director of Marching Percussion for Shadow Ridge High School. Mr. Truitt was recently elected as the Vice President of the Nevada Percussive Arts Society. Over the past twelve years, Justin has built a successful private lesson studio, which specializes in all areas of percussion concentration. Justin has been a clinician for the Nevada Percussive Arts Society Day of Percussion for the last six years. 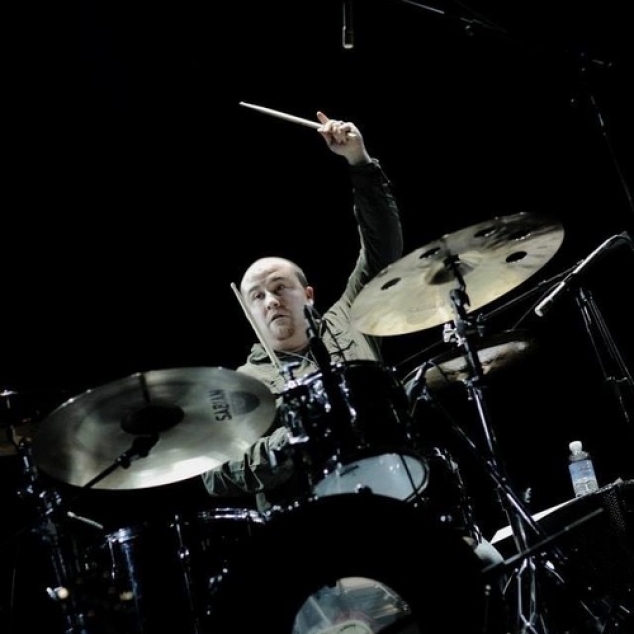