Kanky Lora was born and raised in the Dominican Republic. It was there he got his start in the local music scene, playing with a number of major Dominican rock acts, as well as producing and recording in a number of genres, including Pop, Latin, Hip-Hop and Heavy Metal.

In 2006 Lora moved to the US and found work in a number of New York City recording studios. It was during this period that he met Marc Rizzo (Ill Nino, Soulfly, Cavalera Conspiracy) and joined Rizzo’s experimental prog-metal band. Lora toured extensively and played on a pair of albums with the Marc Rizzo band, while continuing his session work as engineer, mixer, and session drummer.

In 2009 Kanky Lora joined Straight Line Stitch, a band signed by E1 Entertainment. He’s been touring with the band ever since, and a new record is due March 2011. The band will be playing a number of festivals throughout 2011, most notably Rockstar Energy Drink Mayhem Festival and the Download Festival in the UK. 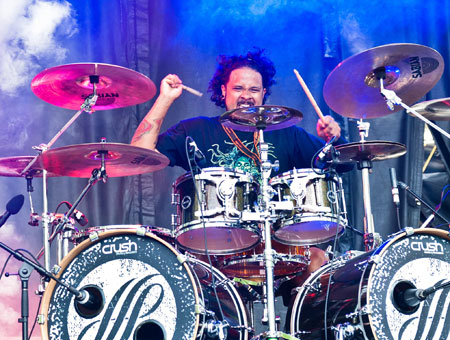 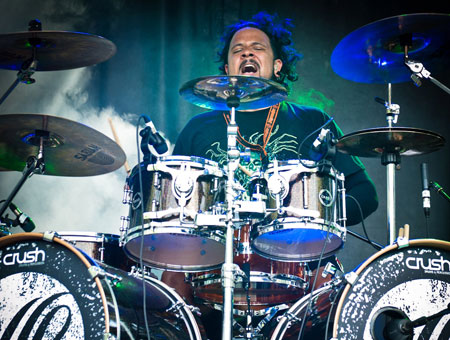