Drummer of the Hong Kong alternative-rock band Andy Is Typing, Kelvin grew up in a family with no musicians. He discovered his interest about music from local drum arcade game machines, which encouraged him to take formal drum lessons at the age of 14.

Kelvin has been influenced by rock and funk drummers including Pat Torpey from Mr. BIG and Chad Smith from Red Hot Chili Peppers, but mostly inspired by Dave Weckl. This combined inspiration has led to him continuing his studies while winning music competitions with his band.

Andy Is Typing released their first debut single “Take A Break” in 2017, while Kelvin continued to develop his style and performance abilities, sharing his positivity and energetic vibes with the world adopting the moto, “BE MYSELF means BE ON STAGE”. 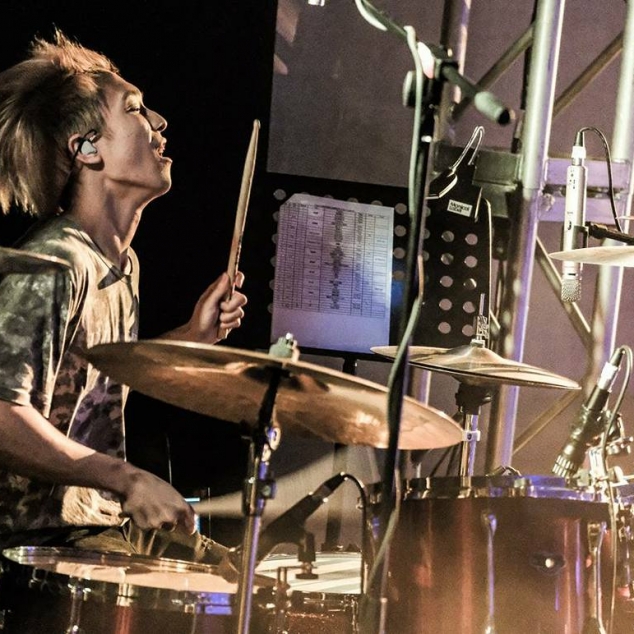