Kevin Garry is currently entering his 16th season with the Jacksonville Symphony Orchestra, where he holds the position of Section Percussionist/Principal Drum Set. In addition to his duties with the JSO, Kevin has performed with the Atlanta Symphony, Charleston Symphony, Florida Orchestra and the Naples Philharmonic. Prior to joining the JSO, Kevin was a member of the New World Symphony (Miami Beach) where he performed regularly under the leadership of Michael Tilson Thomas. While living in Michigan, Kevin was Principal Percussionist with the Flint Symphony Orchestra (1988-1991) and a member of the Saginaw Symphony and the Ann Arbor Symphony Orchestra. In 1992, Kevin was elected by his colleagues to be the recipient of the New World Symphony’s Community Board Award for Leadership and Artistic Excellence.

Kevin started drumming in the fourth grade as a member of the Colonial Musketeers Fife and Drum Corps while growing up in Hackettstown, New Jersey. He remained with the group for eight years marching in parades, festivals and competitions. Kevin won the New Jersey State Rudimental Snare Drum Championship in 1979 and 1981. His primary rudimental snare drum instructors were famed DCI instructor Bobby Thompson, and Peter Hubert.

Kevin graduated from Oberlin College with a B.A. in Biology and a B.M. in Percussion Performance. While at Oberlin, Kevin studied with Michael Rosen. He received his Masters Degree from the University of Michigan where he studied with Dr. Michael Udow and Salvatore Rabbio. Kevin currently heads the percussion department at Stetson University, serves as an adjunct instructor at the University of North Florida and maintains a large private studio in the Jacksonville area. Kevin endorses Sabian cymbals and Mike Balter Mallets. 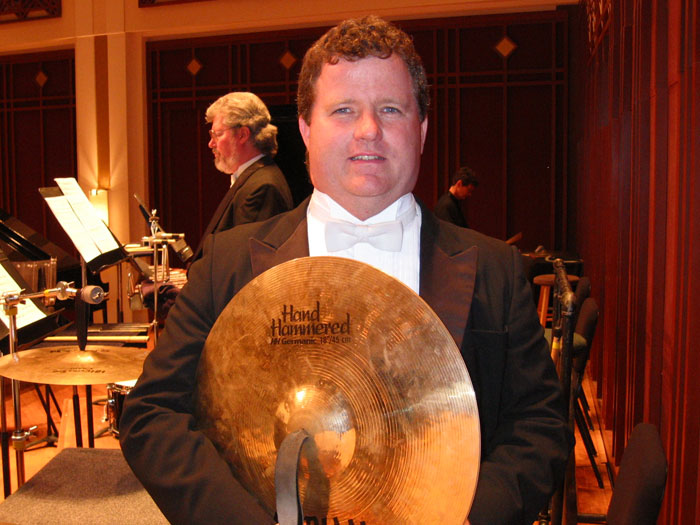