Mr. Gay obtained his Bachelor’s Degree in Percussion Performance from Northern Illinois University. He later went on to study with Paul Yancich and Richard Weiner at the Cleveland Institute of Music where he received his Master’s Degree in Timpani Performance.

Mr. Gay marched in Star of Indiana Drum & Bugle Corps from 1986 – 1989 where he was 1989 DCI Timpani Individuals Champion and two time DCM Timpani Individuals Champion. He has taught and written for many drum and bugle corps including The Crossmen, Phantom Regiment, Magic of Orlando and The Yokohama Inspires from Japan. Mr. Gay was head arranger and caption head with Phantom Regiment in 1996 when they were DCI Champions. He has also written for many bands across the country including Cypress Creek H.S. (FL), Churchill H.S. (TX) and Northrop H.S. (IN).

In 1998, Mr. Gay toured Europe with the New World Symphony under the direction of Michael Tilson Thomas. He has performed with the Walt Disney World Orchestra, The Fort Wayne Philharmonic, The Orlando Philharmonic and currently is the Principal Percussionist with The Brevard Symphony Orchestra.

At UCF, Mr. Gay teaches student lessons and is the director of “Black Steel”, the UCF steel drum ensemble. He is an endorser and clinician for Pro-Mark sticks and SABIAN Cymbals. 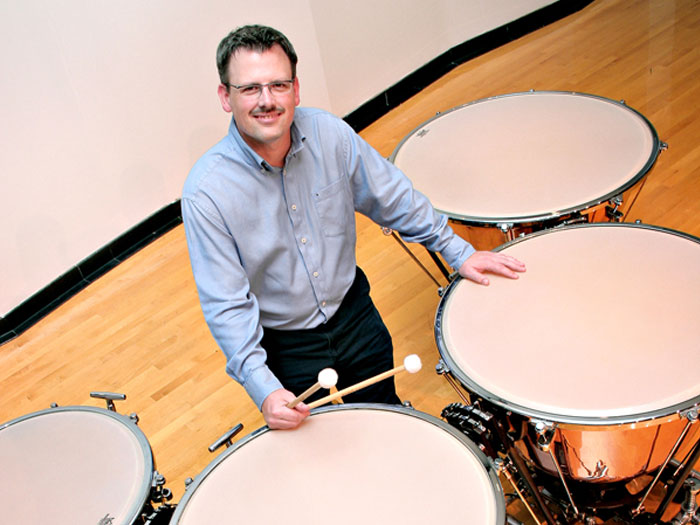