FAVORITE ALBUM YOU PLAYED ON: A quien corresponda.

FAVORITE ALBUM YOU DIDN’T PLAY ON: I don’t have a favorite one.  It depends on my mood.

CAREER HIGHLIGHT: Recording with KC Porter at the Steakhouse Studios in North Hollywood.

Besides being a permanent member of Malacates Trébol Shop, he also plays with a Jazz project called Jazzimba, and works as a session drummer with several artists. With Malacates Trébol Shop he has had the opportunity to play, besides all important cities of Guatemala, in Mexico, Honduras, El Salvador, Suiza (Olten, Thun, St. Gallen, Winterthur, Shaffhausen), U. S. A. (Los Angeles, Phoenix, Las Vegas, Oakland, Fresno, Santa Ana, Santa Barbara, San Francisco, San Diego, Houston, New Jersey, New York, Connecticut, Maryland, Washington, Chicago), Barcelona. He has also played in festivals such as: L.A. Soundsystem, Skandalo Nacional, Festival Vive Latino and in important venues such as The Troubadour, 4th & B in San Diego and the emblematic House of Blues in Hollywood. 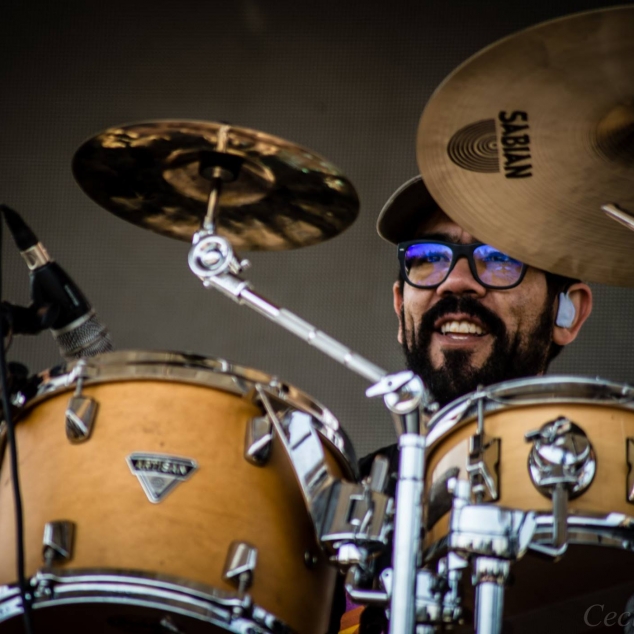