Throughout the LAPQ’s five-year history, their performances have delighted audiences in concert halls, museums, warehouses, and living room salons, with appearances in many of California’s most distinguished concert series, including Monday Evening Concerts, Music and Conversations, People Inside Electronics, Morrison Artists, Fullerton Friends of Music, April in Santa Cruz, and the L.A. Composers Project. Equally committed to outreach and education, the LAPQ have presented workshops and masterclasses to young musicians at the San Francisco Conservatory of Music, University of Southern California, California Institute of the Arts, CSU Sacramento/Bakersfield/East Bay, and Occidental College, among others.

Each member of the LAPQ is an active freelance performer and educator in Southern California, and graduates of leading music conservatories, including the University of California – San Diego, Oberlin Conservatory, Northwestern University, the Thornton School of Music (USC), and the Herb Alpert School of Music (CalArts). 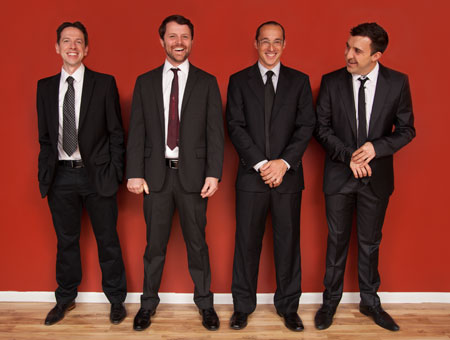