Ludvig Nilsson is principal percussionist at the Royal Swedish Opera. “A repertoire house with 20 operas and 6 ballets a season where I need a big selection of cymbals to create the perfect sound for each dramatic moment.” The Royal Swedish Opera has one of the oldest orchestras in the world established in 1526.

Besides of the Royal Swedish Opera Ludvig is also active in Japan with the Saito Kinen Orchestra under Maestro Seiji Ozawa, the Tokyo Opera Nomori, an opera project in Tokyo 2005 – 2007, teaching at the orchestra seminare “Seiji Ozawa Ongaku-juku” and played with Mito Chamber Orchestra since 2007 including a Europe tour last year.

Ludvig is also doing chamber music and this year he performed the Japanese premier of the chamber music version of Shostakovich Symphony no 15 in Toppan Hall in Tokyo.
Ludvig is also regulary performing, together with percussion soloist Mika Takehara, in Sweden, Italy and Japan.

The coming season includes concerts with Mito Chamber Orchestra and teaching in the orchestra seminare “Seiji Ozawa Ongaku-juku” in July and an invitation to Saito Kinen Orchestra under Maestro Seiji Osawa in August 2009 and and the att the repertoir home at the Royal Swedish Opera.

Ludvig Nilsson is educated at the Royal University College of Music in Stockholm with graduation the year 2000. 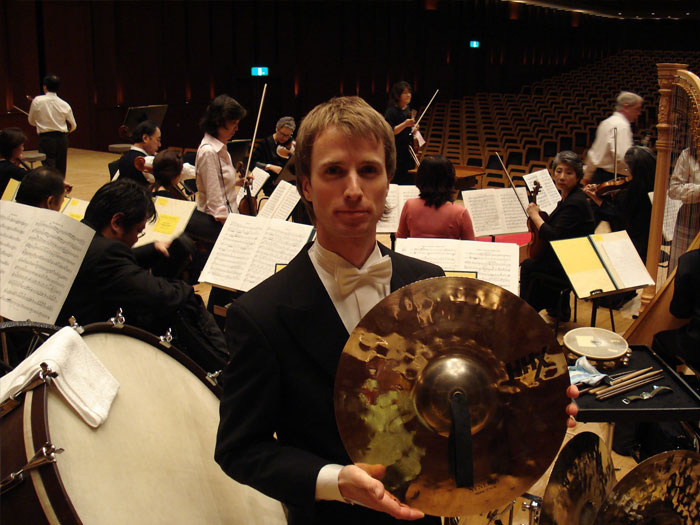