Michael Folker has been performing in the Chicago area for the past 24 years. He is Principal Percussionist with the Ravinia Festival Orchestra, Chicago Opera Theater, and the Joffrey Ballet Orchestra. He is also Percussionist with the Elgin Symphony Orchestra, Chicago Sinfonietta, and Lake Forest Symphony. Additionally, Michael performs with and has recorded with the Chicago Symphony, Grant Park Symphony, Lyric Opera of Chicago, and the Milwaukee Symphony with whom he toured Cuba.

Though classically trained, Michael has performed with pop groups such as the Moody Blues, Kansas and Styx as well as classical performers such as Luciano Pavaratti and Victor Borge, and Tonight Show legend Doc Severinson. He has performed with Grammy award singers Celine Dion, Josh Groban, and Michael Buble on NBC television special, “Concert for World Children’s Day”.

Michael is a graduate of DePaul University where he earned a Master’s Degree in Performance while studying with Mr. Al Payson of the Chicago Symphony Orchestra and Mr. Michael C. Green of Lyric Opera and Grant Park Symphony. He earned his Bachelor’s degree in Performance from Millikin University, during which time he also studied with Mr. Tom Akins, Timpanist of the Indianapolis Symphony.

In addition to performing, Mr. Folker is the Director of Percussion at The College of DuPage in Glen Ellyn as well as Adjunct Instructor of Percussion at Wheaton College in Wheaton, Illinois and Judson University in Elgin, Illinois. He is also the creator of “The Magic of Music” and “Magic of Rhythm”, both educational programs designed to teach young audiences about the wonders of live music.

FAVORITE ALBUM YOU PLAYED ON: Spirit of America: Mannheim Steamroller 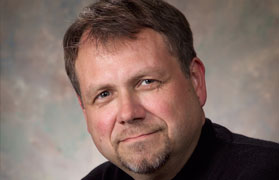