Percussionist Michael Lipsey has performed at festivals in Bali, London, Lisbon, Madrid, Berlin, Mexico City, Taipei, Macao, Tokyo, La Jolla, New York, Moscow, Bogota and Lille, France. Michael is the founding member of Talujon Percussion and has also performed with the Lincoln Center Chamber Music Society, Steve Reich, Bang on a Can, Tan Dun, New York New Music Ensemble and Riverside Symphony. He has recorded for Sony Records, Red Poppy Records, Nonesuch, Albany, Capstone and Mode. As a soloist, Michael Lipsey has performed on the Sonic Boom Festival in New York, Festival of the Arts in California and at the Percussive Arts Society International Convention in Nashville. He has given master classes at Juilliard School of Music, California School of the Arts, Purchase College of Music, University of Maryland at Baltimore and many universities around the country.

Michael has also worked with many musicians from around the world. Recently, he has been performing with Gamelan Dharma Swara, a Balinese gamelan located in New York City. He recently performed and recorded with DS as the first American gamelan at the PKB in Denpasar, Bali. He has studied other musical languages and worked with a diverse blend of musicians like Subash Chandran, Ganesh Kumar, Glen Velez, Carlos Gomez, Antonio Hart, Roland Vasquez and most recently he formed a duo with percussionist River Guerguerian. He has received funding from the PSCUNY-36 Award for a solo CD which was released in October, 2006. The music on the CD contains recently commissioned works for solo hand drums and includes composers Jason Eckardt, River Guerguerian, Mathew Rosenblum, Arthur Kreiger, Eric Moe, Dominic Donato, David Cossin and David Rakowski. All the pieces from the cd are also published by Calabrese Brothers Publishing, LLC.

Michael is a full-time Associate Professor at the Aaron Copland School of Music at CUNY, Queens College. He is the Director of the Percussion Program and the New Music Ensemble. 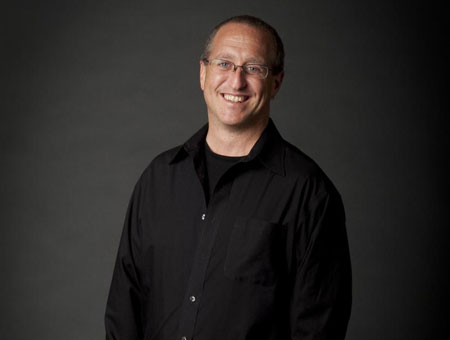 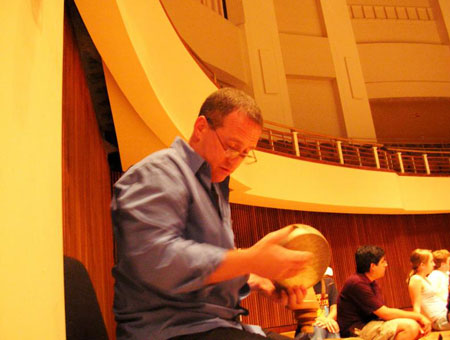